If the first ODI was bitterly disappointing, the second failed to improve matters. First, the news that Sarah Taylor would be a non-starter with an ankle injury. At least England can boast a classy replacement with the gloves in Amy Jones. Danni Wyatt was reinstated in the team. 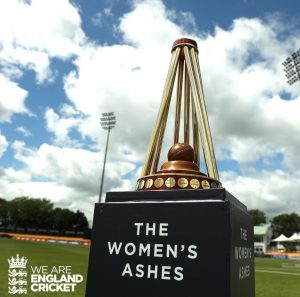 The batting once more flattered to deceive; the fluency shown against the West Indians was again absent. The top order that had disappeared with unseemly haste on Tuesday (19-4) hung on longer here. But Heather Knight who came in at No 3 and put on the biggest partnership of the innings with Tammy Beaumont (65), was far more tentative than earlier in the season (17 off 44 balls).

Now it was the lower order who found life especially difficult. The score sank from 183-4 to 217 all out as Delissa Kimmince came on to take 5-26 and look like a world-beater.

The one exception to this sorry tale was Beaumont who produced an innings of the highest quality. She showed her fellows that the pitch was trustworthy and the bowling opposable. She scored a magnificent 114 (out of 187, 12×4, 1×6), her sixth ton for her country, and never was it more needed. The next highest score was a modest 25 from Wyatt.

For the second game running, the onus lay on the bowlers to remove the best batting line-up in the world for less than that modest total. They tried manfully, and Australian bats again proved less secure than expected. Two of their top exponents, Healy (9) Lanning (18), went cheaply to Shrubsole and Brunt. But as that second wicket fell, Brunt launched herself in the air exulting and turned an ankle as she returned to earth.

She limped off the field. Fortunately, she was able to return half-an-hour later, but couldn’t repeat the magic in her next spell. The three quicks took five wickets between them, but the spinners, Marsh and Ecclestone managed only 1 for 84 combined.

Although most of Australia’s top order were seen off – Ellyse Perry top-scored with 62 – Rachael Haynes (30), Beth Mooney (43*), Ashleigh Gardner (13) and Jess Jonassen (31*) revealed the depth and character of their batting line-up

This leaves England 4-0 down after two matches. There is one more ODI to follow, then the test match and three T20s. A tie on points won’t be enough, as the Aussies hold the Ashes.

Next stop Canterbury. In the most recent game there 1159 runs were scored for the loss of 14 wickets over four days. Is this the chance for the England batters to fill their boots? Or have Australians really got a jinx of the English when they meet on the cricket field?