On the day that marked 75 to go until August’s European Championships at the University of Bath, Britain’s modern pentathletes showed they will be a force to be reckoned with on home soil as Kate French, Joanna Muir, Jessica Varley and Francesca Summers all made it through to the World Cup 4 final. After French and Muir’s serene passage from the first two groups and Varley’s safe position in the Group C top 10, it was Summers’ gritty laser run display that made it perfection in Prague from the GB team as she joined her teammates in making the last 36. 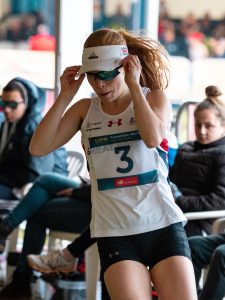 Story of the Day – Group A

Current European silver medallist French was placed in qualifying group A, beginning her day in the fencing hall. A superb display from the 28-year-old saw her towards the upper end of the discipline throughout, eventually finishing with 18 victories and 6 defeats from her 24 bouts.

That was followed by a season’s best 2:11.81 in the pool before the current World number 8 was able to cruise through the laser run, crossing the line 1st to comfortably book her place in a 16th straight final at World Cup level, an incredible run dating back to 2013. 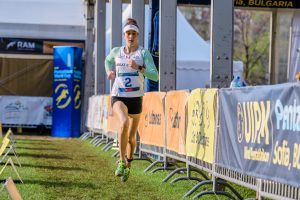 Story of the Day – Group B

Scotland’s Muir, who recorded her best ever World Cup finish at the last event in Hungary demonstrated her current good form with a 2:11.87 in the swim to start the day. The 24-year-old was the around the level mark throughout the fence, finishing the discipline with 11 victories and 13 defeats.

That left the Brit in 10th after the opening two disciplines and occupying the final automatic qualifying position. Whilst others may have faltered, there was no such issue for the Budapest Indoor Champion as she demonstrated why she is one of the best laser run athletes in the world with another rapid run-shoot to move up to 4th and safely book her place in the last 36. 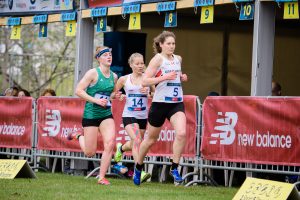 Story of the Day – Group C

Varley and Summers were situated in qualifying group C, also beginning their day in the pool. Strong performances from the British pair saw them stop the clock in 2:18.16 (Varley) and 2:18.68 (Summers) respectively.

After a slow start in the fencing hall, both athletes recovered well, Fotheringhay’s Varley ending with 14 victories and 10 defeats with Dorking’s Summers securing 11 hits. That left both athletes facing a battle in the laser run with a large number of athletes looking for the last spots in the final. However, both athletes were to be up to the task. Starting in 7th, National Training Centre based Varley kept her composure to maintain her place inside the top 10 throughout the 3200m course. Behind her, Summers started the final discipline in 14th, knowing she had ground to make up. A gutsy display from the 2015 Junior World Champion saw her pick up two of those places to cross the line 12th, doing enough to book her place in the final as one of the six best non-automatic qualifiers.

French, Muir, Varley and Summers will all be back on Saturday for the women’s final in Prague. Before that, men’s qualifying takes place tomorrow with Jamie Cooke, Joe Choong, Tom Toolis and Sam Curry all in action for Pentathlon GB.