19 year old Emily Glanvill is a 19 year old Engineering student, from Midlothian in Scotland.  Emily is also a Scottish racing driver, employed by Knockhill Racing Circuit, based at Scotland’s hub for motorsport in Dunfermline, Fife. 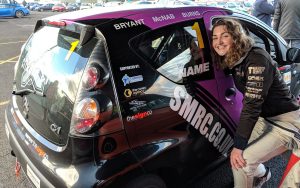 Emily is a member of the Scottish Motor Sports Academy and has been singled out as one of the country’s most promising young motorsport athletes.

Acting as an ambassador for female drivers in Scotland, Emily is competing in the inaugural season of the Scottish C1 Cup in 2019. Identified as one of the country’s most promising young motorsport athletes, she is actively encouraging equal female participation in the motorsport industry.

Additionally, as an Engineering University Student she is a positive role model for young athletes balancing studies with sport and acting as an ambassador for females both in under-represented industries (engineering) and the male dominated field of motor racing. 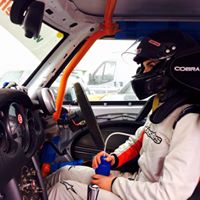 Just three years after competing in the Junior Saloon Car Championship and the conclusion of her Scholarship season, Emily has reached her goal of setting up a full season of racing.  But there is so much more to come!

All races will take place at Knockhill Racing Circuit.