Wasps Ladies FC will break new ground this weekend, with a first cross-border match with an Irish club side. They will host Railway Union on Saturday 6th April (Kick-off: 14:00) at their home ground, Twyford Avenue.

Both sides have made the semi-finals of their respective league competitions. With Wasps travelling to Allianz Park on Saturday 13th April to face Saracens, and Railway Union going to Old Belvedere on the same day.

Railway Union RFC are a consistently stronger performer in the All-Ireland League, finishing in the top four places for the past four years in a row. They also contributed five players to Ireland’s Six Nations squad, including prop Lindsay Peat and lock Aoife McDermott.

The Irish side have already tasted success this season, having won the All-Ireland Plate, against their semi-final opponents, Old Belvedere, last weekend, 25-8.

We spoke with Cliodhna Moloney, who joined Wasps in the summer from Railway Union, ahead of the historic fixture;

What kind of style of rugby can we expect from Railway Union at the weekend?

“Funnily enough I reckon the teams aren’t that different in their make up or style of play. Both Wasps and Railway love to play free flowing rugby, moving their mobile pack around the park, interlinking backs and forwards frequently.

I expect all-out attack from both sides at the weekend, with nothing to lose from this fixture. From a defensive perspective it’ll be back to basics, as both teams will look to iron out any kinks before semi-finals on 13th April.”

Having experienced both Premier 15s competition and All-Ireland League, what are some of the main similarities and differences between the two leagues?

“It really is hard to compare without anything to reference to, and this weekend will answer that question once and for all, I guess. Without a shadow of a doubt when playing in the pack, one point of note for me is always the level of physicality. The physical make-up and conditioning of some players in the Premier 15s is where it needs to be at across the board.”

Do you have particularly enjoyable memories or matches from your time with Railway Union?

“Absolutely! One that always sticks in mind would be the our All Ireland Cup Final win in March 2015 against Highfield. I had only moved to Dublin to play rugby a couple of months previously, and it was my first season with Railway and my first season of rugby too! I was playing backrow and I loved every minute of it. It was a special day for the club and was one of our first major wins as a relatively new up and coming side.”

Are there any particular players we should be on the look out for this weekend at Twyford Avenue from your old side?

“The ‘on-form’ player of this season for Railway is one of my old house mates and good friends, Emma Taylor. The Canadian international is a versatile, physical, ball carrying, backrow / second row. For us it will be good practice to work on nullifying her threat with ball in hand ahead of facing the Saracens pack on the 13th. Railway will also have some returning Irish internationals such as Lindsay Peat and Aoife McDermott looking to slot back in.”

How important is this fixture in maintaining the momentum after positive results and performances against Gloucester-Hartpury and Bristol since the Six Nations?

“It’s huge, while it is a very long season for some of the girls who were involved in 6 Nations campaigns and Autumn internationals, there are a lot more of us who need as much game time as we can get our hands on at the minute, and to have that opportunity again this weekend is fantastic!

Both sides will be looking to get things right, learn from mistakes and simply push on where we have not pushed on before. Both teams have suffered painful losses at semi final stages over the last few years. These weekends are about fixing that.”

The historic fixture takes place Saturday 6th April at Twyford Avenue, Acton, kicking off at 2pm. Come down and support the sides and enjoy, what is sure to be, an exciting encounter between two of the top club sides in their countries. 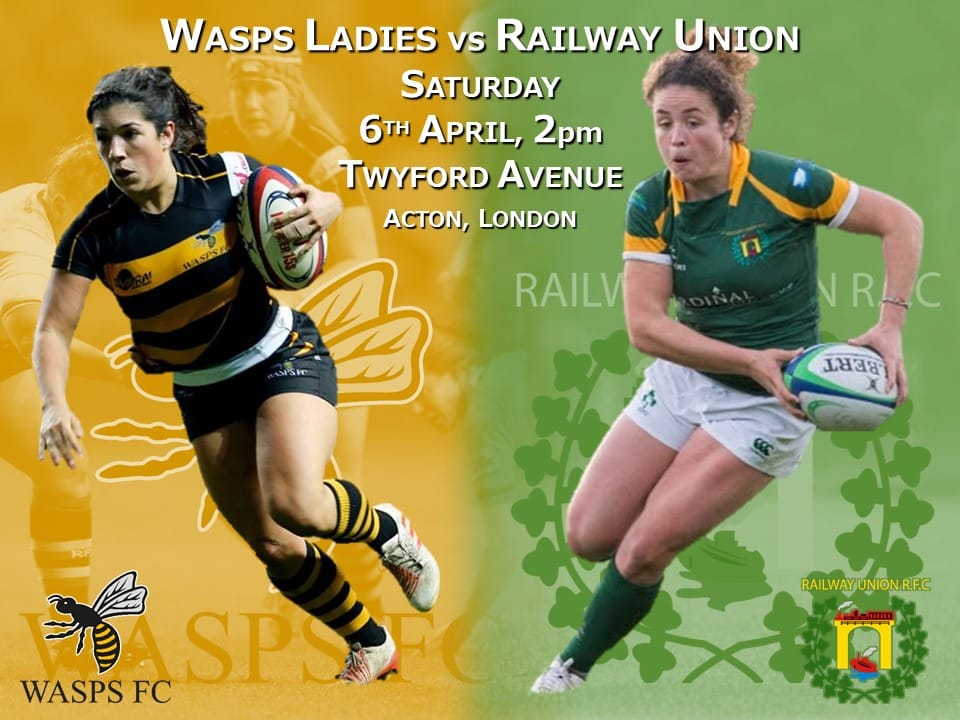