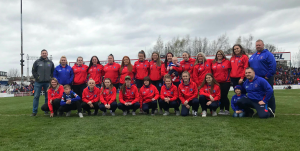 Around 100 supporters, sponsors and players were in attendance where Chester offered some words of advice before the Women’s Super League season kicks off this Sunday (7th April) against Challenge Cup holders Leeds Rhinos at Weetwood Sports, 1pm kick off.

Chris Chester said “I think there’s a great coaching staff here who are prepared to work hard. That paired with the strong senior leadership team from last year will no doubt stand the team in good stead for the step up into Super League.”

“I’m really looking forward to see how the ladies progress this year. It’s a massive step up but I think they have the support and playing personnel to have a good crack at this competition.”

“At Wakefield Trinity every year we are written off, we’re always the underdogs. There’s some good established teams in the Women’s comp and I think if the Ladies just concentrate on their own performances and don’t worry too much about the opposition I think the results will take care of themselves.” 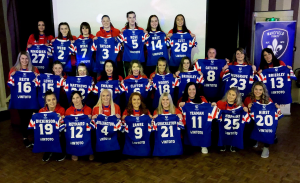 Ladies head coach Wayne Hirst who is in his second year with the club, congratulated the players who made the final cut after a long gruelling pre-season.

“It’s not been easy, we started the preseason knowing that we had a limit on how many players could be signed on. That’s meant unfortunately we’ve had to let some players go find other clubs so they can develop as players and get game time elsewhere.”

“The ladies will be playing at the pinnacle of the Women’s game against experienced international players so I’d like to congratulate all the ladies who gained a squad number tonight.”