Poppy James has only been playing rugby for three years and has already been nominated for the #DHLRugby Moment. 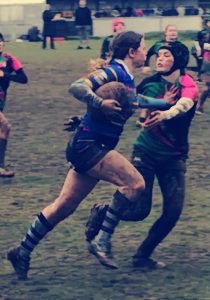 She has had 3 seasons playing in Sussex, at 15 Poppy plays in the U18s at Worthing RFC Girls Team.  (The team comprises girls aged 15 to 18.)

Poppy’s outstanding play has drawn a lot of attention and as a result she has found herself the only girl in the final of the #DHLRugbyMoment owing to a fantastic try she scored during one of her matches. Poppy danced her way past the opposition, with footwork I’m sure Danielle Waterman herself would appreciate!

More than 400 applications were submitted for #DHLRugbyMoment out of which just four entries were selected by a panel of BT Rugby pundits to go through to the final round.

For the competition DHL teamed up with BT Sport to offer a unique and once in a lifetime experience for one lucky player.  Out of the four youngsters, just one will get the opportunity to travel to Japan for the men’s Rugby World Cup 2019 and deliver the match ball at the Pool C match between England and France on 12 October 2019.

BUT Poppy still needs more votes!  Voting closes at midnight 13 March, so there is still time to cast your vote let’s get Poppy to Japan! 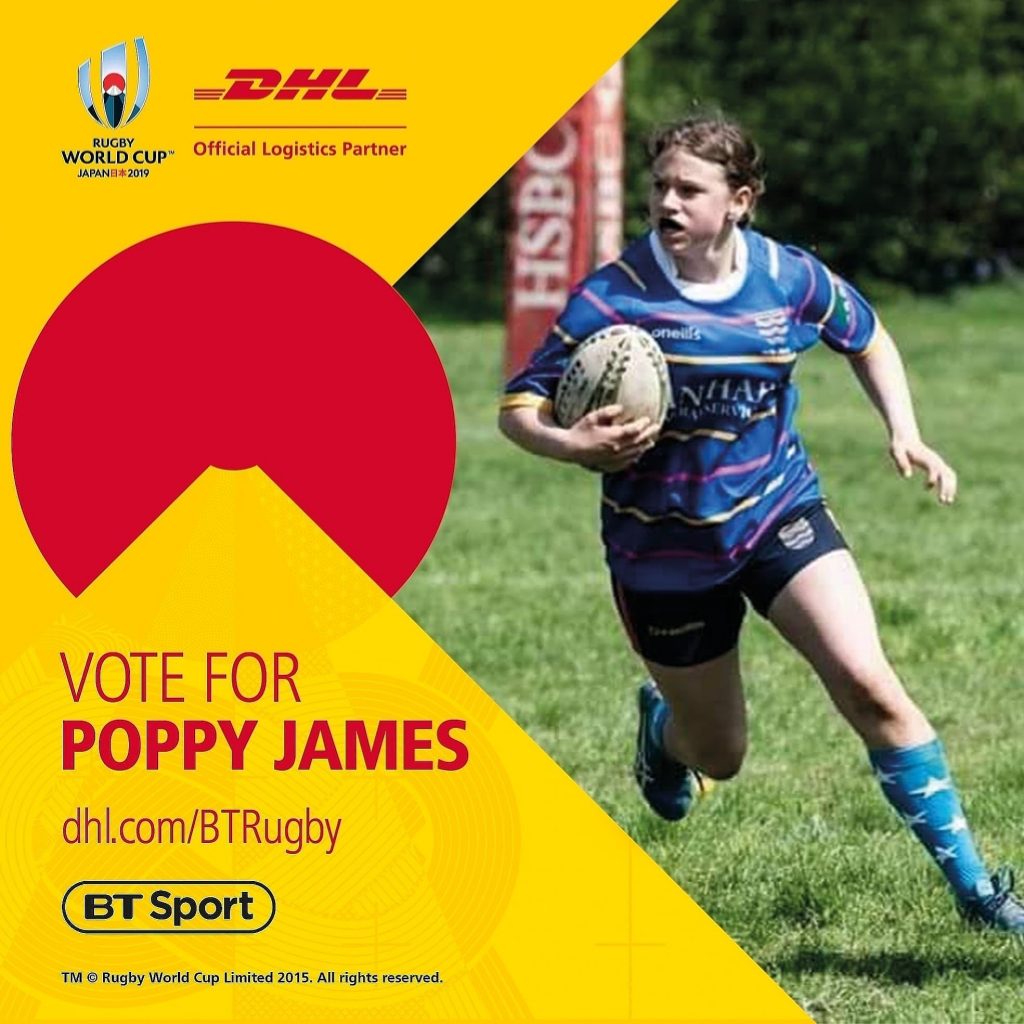