After the success of their tour In Kenya to raise awareness of gender inequality. Opening Boundaries are pleased to announce, they will be touring Barbados in 2019 in a bid to further spread and promote the message of gender equality and peace through sport.

Teaming up with Royal Navy Women’s Cricket team, the delegation of 20 will be travelling from the 28th March 2019 for two weeks with an aim of using cricket to showcase women in sport. The delegation is keen to highlight the importance of participation in sport as it builds on vital skills such as teamwork, leadership, respect, positive health, tolerance and encourage gender equality.

Lieutenant Natalie Burns, Manager of the Royal Navy Cricket Association women’s side spoke about the tour and link with Opening Boundaries saying “This is a fantastic opportunity for the Royal Navy Women’s team to train and play against such challenging opposition. The team are really looking forward to meeting the local sides and being able to share experiences and learn from each other. We are thrilled to be able to support the great work that Opening Boundaries do to promote gender equality in sport and hope to be able to work together in supporting this in the future”. 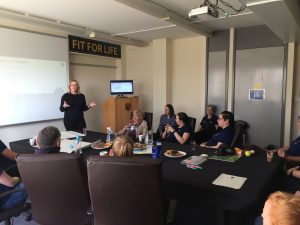 During the tour, the team will take part in various cricket matches in partnership with the Barbados Cricket Association against the national, and development women’s cricket team, whilst also visiting local schools and communities to run coaching sessions.

It is hoped there will be opportunities for the touring team to talk about the success and challenges of women in sport as well as issues of gender inequality, sharing good practice and inspiring young people to realise their potential through sport, leading to positive life choices.

Speaking about the upcoming tour, Steven Leslie, Director of Cricket at the BCA said “The Barbados Cricket Association is delighted to host the Royal Navy British Ladies Military squad in late March/early April. Barbados currently boasts of the #1 ranked all-rounder in world cricket in Miss Deandra Dottin. The timing of this cricket tour will indeed showcase other females who should be celebrated and are excellent in their respective areas”.

The team will also be supporting the Gordon Greenidge Primary school, where they will be rolling up their sleeves along with members of the local community to help repaint the school.

The primary sponsors of the tour are BMT, an international design, engineering, science and risk management consultancy. Along with members of her team, CEO Sarah Kenny recently supported the Royal Navy side through a leadership and team building workshop to help focus them on development of their goals and self-belief. She commented, “BMT are proud to sponsor the Royal Navy women’s cricket team. As well as our support of the upcoming tour to Barbados, we are excited to work with the team to promote diversity and inclusion and to support Royal Navy women to succeed both on and off the pitch.”

All the games will be free to attend and it is hoped with the support of all partners involved, the tour can spread the message and encourage people from the island to attend.

Opening Boundaries founder Halima Khan went onto say “Opening Boundaries have been involved in campaigns to raise awareness of and promote gender equality through using the medium of sport, for years now. We hope this tour will follow in the success of our previous events in the UK and Kenya. The opportunity we have here provides us with a great platform to inspire and empower women and girls from all backgrounds; as well as men. Using sport is a positive diversionary which can engage with people of all races, genders and classes to develop and better achieve their potential”.

“I would like to take this opportunity to thank all the partners and sponsors who have helped make this tour a reality. I am very much looking forward to getting out to Barbados and spreading a great message through Cricket”.

For more information or to get involved please contact Halima Khan at info@openingboundaries.org