Wasps produced a composed display in difficult conditions to seal a 33-27 victory in the development league. The hosts were pushed hard by a strong Loughborough side but sealed a five try victory, including a double for Kendall Templeman. 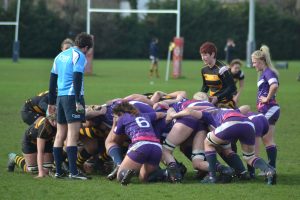 Wasps kept the pressure on with a strong wind behind them in the first half. Kendall Templeman crossed for her first after a quick tap penalty from Flo Williams caught the visitors unprepared, Kendall ducking under the final tackle to score. 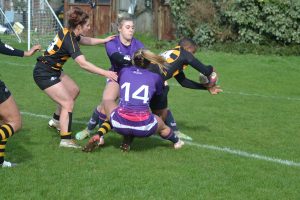 The lead was extended after 20 minutes after Makeda Lewis did well to finish a score in the corner, with an outstanding touchline conversion from Flo Williams. Loughborough narrowed the gap with two scores before half time, with Wasps leading 21-17 at the break.

Kendall Templeman got the opening score of the second half after a tense start. She collected a loose pass from Loughborough and raced in from the half way line to extend the Wasps lead.

In a hugely competitive fixture, Loughborough narrowed the gap once again as Katie Trevarthen got her second of the game. Liz Crake, on her return from injury, got the final score for the hosts, as she picked up from the base of a 5m scrum and charged over. 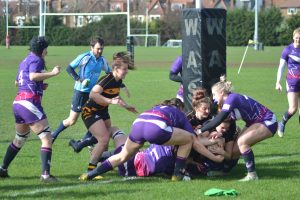 The visitors scored with less than a minute on the clock to move within a converted try, but Wasps maintained their composure to regain possession from the kick-off and clear the ball to earn a 33-27 win.

The home side will be delighted to have come through a closely fought contest with maximum points. They demonstrated their capability to put together an eighty-minute performance with a strong display going forward, and ferocious individual tackling throughout.

The five-point victory keeps Wasps in second place in the development league, just one point behind leaders Saracens. They will look to finish the season on a high and keep the pressure on the leaders as they travel to Gloucester-Hartpury, before hosting Bristol at The Big Swarm.

You can secure your tickets for The Big Swarm on March 30th here.