The England Women’s squad for the upcoming eight-day training camp in Qatar has been named.

The Lionesses will meet up in Manchester next Monday before travelling to Aspire Academy in Doha on Tuesday. There they will continue their preparation for the four-team SheBelieves Cup in the United States next month and the 2019 FIFA Women’s World Cup in France this summer.

Neville said: “We’re all really looking forward to meeting up for our first camp of 2019.

“After a well-earned break in December, most of the players are back in club action and will be ready to push on.

“The SheBelieves Cup is a demanding tournament with quality opposition.

“This training camp in Qatar is crucial for our preparation and an ideal opportunity for us to work as a group as we begin an important year.” 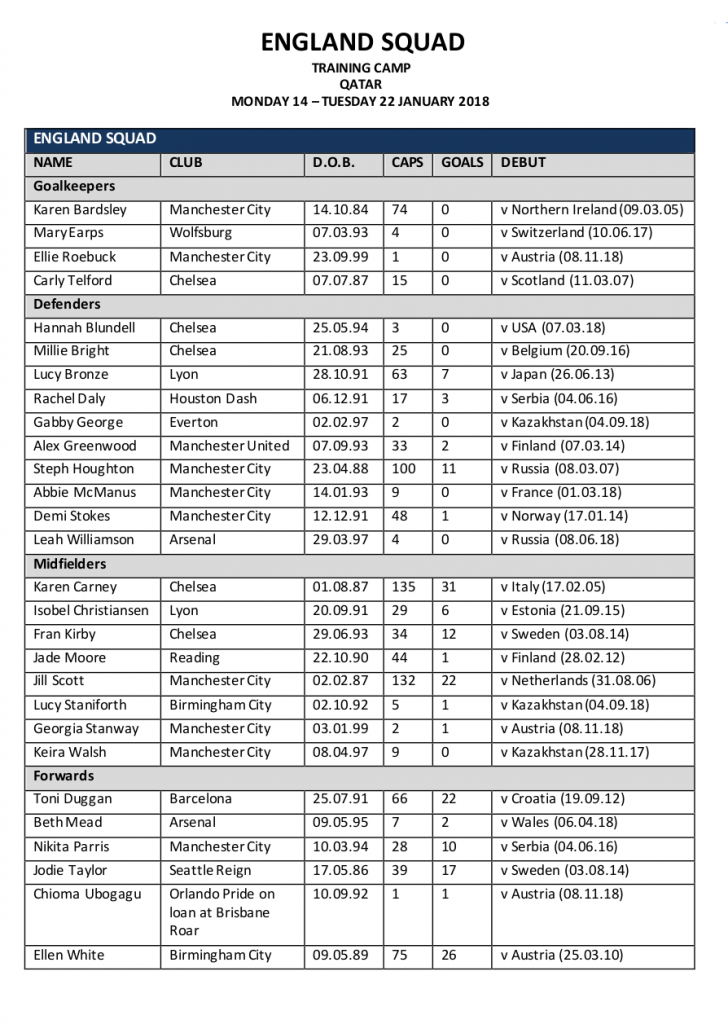