The FA have confirmed the dates of two autumn internationals for the Lionesses.

Having secured qualification for the Women’s World Cup courtesy of a 3-0 victory over Wales in Newport last week, Phil Neville’s side can now look ahead to tests on home soil.

First up is a meeting with Brazil at Notts County’s Meadow Lane ground on Saturday 6 October [kick-off 12.30].

The Lionesses then head to the capital for the first time since 2014 to face Australia under the floodlights at Craven Cottage, the home of Fulham, on Tuesday 9 October [kick-off 19:00].

Both matches will be shown live on BT Sport 1. 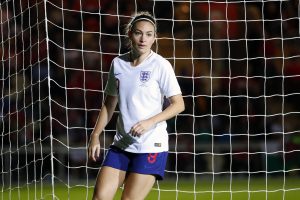 The last time the Lionesses faced Australia was during England’s 2015 Cyprus Cup title success, when Jodie Taylor’s hat-trick helped defeat the Matildas 3-0 in their group game.

Notts County’s Meadow Lane is also among the nine venues put forward in The FA’s bid to host the UEFA Women’s EURO 2021.

Head coach, Phil Neville, said: “After the euphoria of securing qualification to the World Cup last Friday, we can now focus on a solid nine-month preparation period and these friendlies will form an important part of those plans.

“Both teams will be challenging opponents, with Brazil and Australia both ranked in the top ten in the world. And of course they are potential World Cup opposition for us.

“It’s been an incredible year for the Lionesses, but the hard work has only just started.  The next nine months will be crucial and it begins with these friendlies.  We’re all looking forward to testing ourselves against challenging opposition and I’m sure our fans will come out in good numbers to show their support.”

Steph Houghton said: “It was an incredible feeling to secure our place at the World Cup last week, and now we can really start to focus on the work we need to do between now and then, starting with these fixtures against quality opposition.

“We’ve got a demanding but exciting nine months ahead of us as we gear up for the World Cup.  The two friendlies will give us exactly the kind of tests we need to prepare ourselves mentally, physically and tactically for the tournament.

“We’re looking forward to the matches already, and to seeing our fantastic supporters enjoy great games on home soil.”

Tickets for both fixtures are on sale now here.

The Lionesses matches form part of a busy month of women’s football on BT Sport, with five live matches broadcast between now and mid-October.