Western Storm can today exclusively reveal the return of three members of the squad who they hope will lead them to KIA Super League glory once again this season. 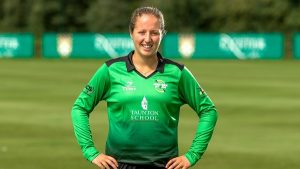 The reigning champions have once again secured the services of Claire Nicholas, Lauren Parfitt and Danielle Gibson, all of whom play their cricket for Wales in the ECB Women’s County Championship.

Claire Nicholas, who was the first Welsh player to appear in the KSL, was a key contributor to the Storm’s 2017 success, claiming eight wickets during the tournament at an average of 15.75 with a best of three for 20. She also scooped the Supporters’ Player of the Year award at the end of season celebration dinner. 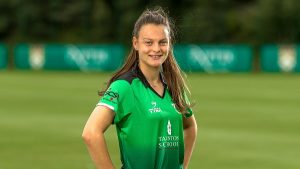 Lauren Parfitt is a regular for Wales, has played senior men’s cricket, has represented MCC Women and was part of the successful 2017 Western Storm squad as was Danielle Gibson who moved to Wales this year from Gloucestershire and is a member of the England Women’s Academy program.

Following the announcement, Head Coach Trevor Griffin said: “It’s fantastic to be able to welcome back another three members of last year’s title winning side. Consistency of selection and a good team spirit are vital elements for any successful squad, so to be able to call upon so many of the players who represented us in 2017 is extremely important.

“Claire was outstanding for us last year and her bowling in the opening power-plays was top class. For a spinner to be up against the best batters in the competition in the early stages is daunting, but she held her nerve exceptionally well.

“Lauren and Dani also played a big part in our success last year. Although they didn’t get the opportunity to showcase their skills on the pitch, they were extremely important members of the squad and most definitely played their part in helping us to lift the trophy.

“It wasn’t just the 12 players that made it on to the field that won the KSL for us, the attitude and application of every single squad member was equally as important and will be even more so this year. Dani and Lauren have both worked hard over the winter and will be pushing for a starting place, which is fantastic and will help to push everyone to the next level as we look to defend our title.”