The loosehead from Carmarthenshire made her international debut against Ireland in 2006, and is part of an unchanged front row to face the Grand Slam-chasing French at Stadiwm ZipWorld. 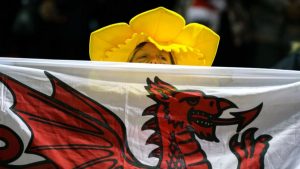 Head coach Rowland Phillips says: “We know we’re playing against the best team in the competition. We’ve got to meet their physicality. It’s an outstanding test for us, and to get something out of this game we need all the near-misses and fine margins that have affected us to this point to go our way this time.

“If we can capitalise on some of the opportunities we’ll be looking to create, we can challenge one of the best teams in the women’s game in front of what will be a strong crowd in Colwyn Bay.”

The game is part of a Wales v France double-header, with the U20 Six Nations match kicking off in Stadiwm ZipWorld at the later time of 20:15.