England Rugby today launched the women and girls action plan for the next four years. This is an integral part of the RFU’s overarching Strategic Plan and funding agreement with Sport England.

Running from 2017-2021, the action plan recognizes the significant growth in the female game over the last four years and sets out a plan for the next four years to continue to grow the number of women and girls engaging in rugby. 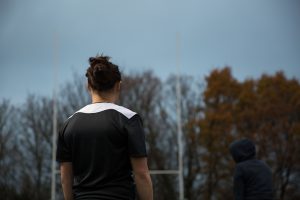 The plan’s ambition is to get more women playing more often.  The plan sets out proposals to grow playing numbers, improve the opportunities to play, ensure that those with talent can progress, increase the numbers of females engaging in coaching, refereeing and volunteering and improve the female-friendliness of rugby facilities. Underpinning all of this is a commitment to strengthening England Rugby’s commercial partnerships in this area and change perceptions of the game.

Since 2013 the number of women and girls enjoying contact rugby in England has increased by over 10,000, as a result of campaigns including Pitch up and Play and Inner Warrior, focused on introducing new females to rugby. This huge surge in popularity has seen 300 rugby clubs across England providing playing opportunities for more than 25,000 women and girls each season.

There are currently 512 women and girls teams in England and 27,500 existing players. By 2021 England Rugby wants to grow these numbers, engaging 100,000 females in rugby and converting 25,000 of those into new player – almost doubling the current figure. In addition, the action plan sets out an ambition to:

Steve Grainger, RFU rugby development director, said “Over the past four years our focus has been on working with volunteers in constituent bodies and clubs to successfully grow the numbers of girls and women playing and enjoying rugby and we have achieved great growth and exceeded our targets, with some 27,500 female players currently registered.”

“Our current achievements are only the beginning and, as evident in the women and girls action plan, we are determined to enable as many women and girls as possible to experience and enjoy taking part in rugby union.

“Research shows that women’s attitudes toward sport are changing. They want physical activity to satisfy a number of needs: from contributing to a healthier lifestyle, to learning new skills and becoming the very best version of themselves. The women and girls action plan incorporates this insight, providing exciting new opportunities in clubs and education establishments across England, encouraging those who may have dismissed the sport as not being for them to try it.”

Alongside an increased commitment to growing grassroots rugby, the action plan also features an increased focus on enhancing opportunities and offerings within the professional game.

The performance of England Women, the Red Roses, has been a great catalyst for growth, inspiring other women and girls to take up the game. Over the past couple of years the elite women’s teams, both playing sevens and 15-a-side, now benefit from having professional contracts. In addition, England Rugby’s recently introduced 10-club Tyrrells Premier 15s competition is a major development for the women’s game in England and will significantly raise the standards of rugby domestically.

Deborah Griffin, RFU Council women’s and girls’ representative and Board member, said, “At the time of the 1991 Women’s Rugby World Cup there were around 35 English clubs with women’s sides, compared with over 300 rugby clubs now hosting women’s and girls’ teams, and girls playing in schools and clubs at age group levels. A huge amount has been achieved. My biggest wish is to see all women and girls able to play at their local club, with coaching and development as good as for boys and men.”

To find a rugby club near you, go to www.findrugby.com