Loughborough Lightning Rugby will be looking to achieve their first away win of the season when they face Darlington Mowden Park Sharks this Saturday in a 4pm kick off.

Absent last week due to international duties, Cath O’Donnell returns to the Lightning side after a greatly successful test series against South Africa. She joins fellow Red roses team mate Sarah Hunter, both of whom have recently been selected for the Red Roses Elite training squad. Vice-Captain Katie Trevarthan also returns to the side from injury.

Of the task at hand Head Coach Rhys Edwards said:

“It was a tough game against Wasps last week, so it is important that this week we re-focus and concentrate on the important things we have worked on in training. Going into DMP Sharks it’s a big week in terms of playing heads up rugby, looking after the ball and getting back to that attacking flair that we showed at the start of the year.

“We have had a really good training week and the girls are feeling confident going into the weekend which is important as we need start to getting the away wins. We know that DMP Sharks is going to be tough game, but it’s a great opportunity for some of the new players to go out, play and hopefully show their attacking flair as well.”

The game takes place on the Northern Echo Arena at 4pm on Saturday 28th October. 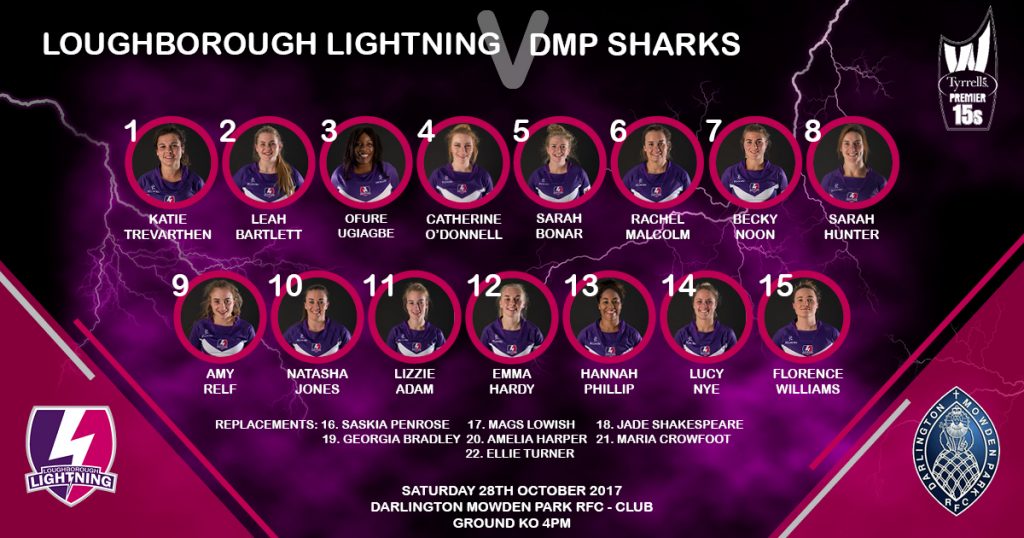