Organised by Opening Boundaries (a charity looking to inspire and empower women and girls through sport), the UK Armed Forces Women’s cricket team have recently participated in a successful tour of Kenya to support Women in Sport and assist in delivering their “Bowling Out Domestic Violence” campaign. 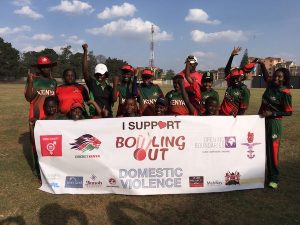 The tour comes at an opportune time as women’s cricket has seen a huge rise in popularity and focus following the successful ICC Women’s World Cup in England.

Teaming up with Cricket Kenya, the delegation of 16 travelled from the UK with an aim of using cricket to raise awareness of women in sport and highlight the issues of gender based violence.

During the tour, the team took part in various cricket matches across Nairobi and Nakuru against the national women’s cricket team and visited local schools and communities to run coaching sessions and learn more about the role of women, and cricketing culture in Kenya. 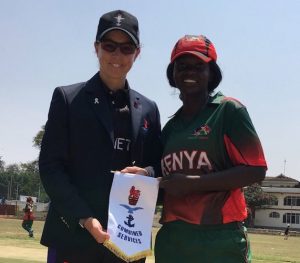 Along with the games, the two countries had the opportunity to talk about the success and challenges of women in sport at dinners hosted by both sides as well as issues of gender based violence sharing best practice.

The host side proved strong for the visitors at they took the first 4 games, however the UKAF teamed bounced back winning the last 2 games of the tour.

The touring party had some chance for relaxation when Kenyan MP Sonia Birdi invited them to a Hindu festival and they also had the opportunity to visit various attractions across Kenya taking in its vibrant culture. 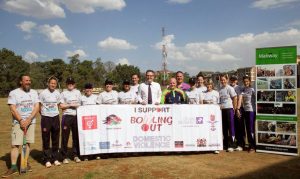 The tour culminated in a community #BowlingOutDV festival engaging with local schools and in the presence of the British High Commissioner.

Jackie Janmohammed, the president of Cricket Kenya welcomed the team saying “we are delighted to host this campaign and welcome the team to Kenya.  Providing opportunities for females is a key focus of Cricket Kenya as it provides them with the chance to equal the playing field with their male counterparts and at the same time use the sport as a social tool to champion for change”. 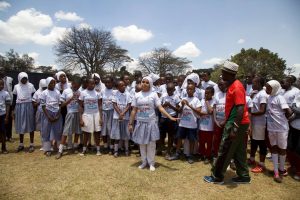 Before the tour UK Armed Forces Team Manager Ros Brown said: “The United Kingdom Armed Forces Women’s cricket are delighted and honoured to be touring Kenya this autumn, in partnership with Cricket Kenya and Opening Boundaries.  Participation in sport is important within the Armed Forces as it builds teamwork, leadership and respect. 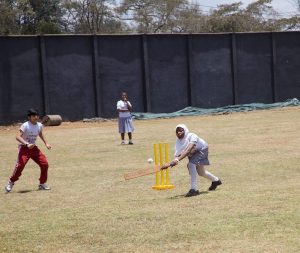 “We are very much looking forward to showcasing the game we love in Kenya and engaging with local schools and communities during our visit.  Sport has the power to inspire and empower women and girls from all backgrounds; it can provide them with a platform to develop and better achieve their potential.  This once in a lifetime opportunity also offers the opening, through sport, to raise awareness of the challenges faced in addressing violence against women and girls.”

Captain of the UKAF Ladies team Hazelle Garton went on to say “The campaign maps perfectly with the core values of the Armed Forces and with the recent opening of combat roles to women shows the importance the military places on gender equality. The ladies are looking forward to getting onto the pitch to showcase our skills in addition to experiencing the vibrant culture of Kenya.” 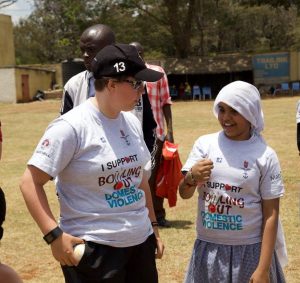 Statistics from the latest UN data on different forms of violence against women and girls in Kenya indicates, forty-five percent of women have experienced physical violence with fourteen percent been sexual whilst twenty-one percent of women age 15-49 have undergone Female Genital Mutilation (FGM).

Using the values of sport, the campaign is aiming to raise awareness of this and empowering women to believe in their potential to achieve and equal the playing field when it comes to the challenges of gender parity.

The touring the team made some significant milestones during their visit including: 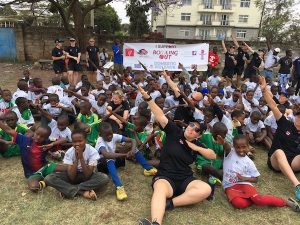 Opening Boundaries commented on tour saying “we are honoured to have had both the UK Armed Forces and Cricket Kenya endorsing the Bowling Out Domestic Violence message for this tour, and believe the tour has provided an opportunity to raise awareness of a cause which is still affecting many women on a global scale”.

“It has been encouraging to see the support given to the women’s team and the development of cricket at a grassroots level. It has been especially welcoming to see the Kenyan men teams attending games and supporting women whilst promoting the message of gender equality”.

All parties involved would like to thank their sponsors especially Mabway who also travelled with the team and have supported the campaign message. 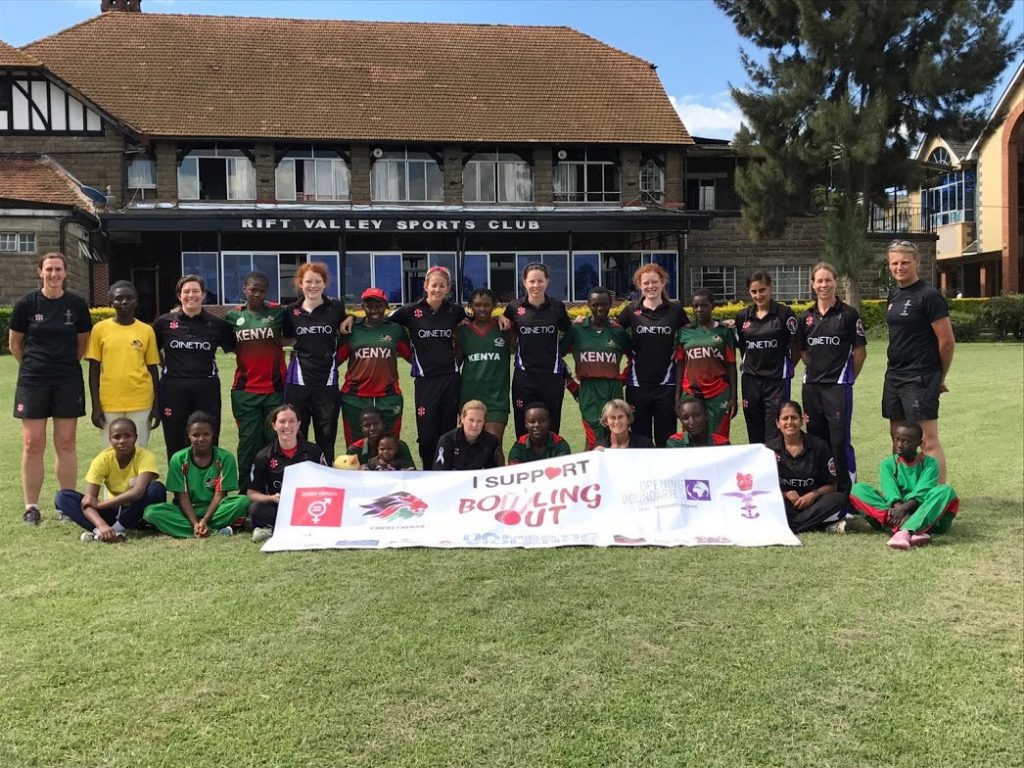