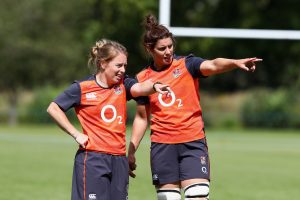 Having Captained England in the world cup final in August, where England narrowly missed out on the win, Hunter has had her fair share of victory throughout her playing career. Boasting an impressive 97 caps and an MBE for Services to Rugby, the Loughborough University alumna was   voted 2016 World Rugby Women’s Player of the Year before captaining her side to Grand Slam victory in the 2017 Six Nations tournament.

Speaking of Hunter’s appointment, Director of Rugby Alan Buzza was keen to share his excitement;

Of the many highlights for Loughborough Rugby this year, the phone call confirming Sarah’s appointment is right up there with the moment we got the news about joining Tyrrells Premier 15s! She is a genuine icon of the women’s game, a fabulous person, and already a highly credible coach. She joins a hugely talented team at Loughborough Rugby led by the hugely impressive Rhys Edwards at a time at which it’s difficult to communicate quite how exciting the environment here is! 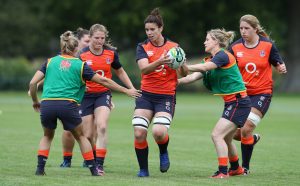 Head Coach Rhys Edwards spoke of his ambitions for the brand new side, in which Hunter will play a key role;

Having been recently appointed myself into the role of leading the women’s programme, our immediate task was to build a management to enable us to work towards being the best development centre for women’s rugby in the world. Being able to attract somebody of Sarah’s calibre and experience within the women’s game is hugely exciting, and having her knowledge and input into the High Performance Programme is going to be invaluable. I’m very much looking forward to working with her.

Currently taking a well-deserved rest from Rugby after the World Cup competition, previous Sport Science and Mathematics student Hunter told us of her anticipation to get started;

“I’m absolutely delighted to have been appointed to the coaching team at Loughborough and I’m really excited by the prospect of being able to play a significant part in ensuring Loughborough’s mission statement of ‘ being the best development environment in the world’ is achieved. Although Loughborough have insisted that I take a break after the WRWC I can’t wait to link up with Rhys and get started.”

Keep your eyes peeled for more exciting news as we reveal more of our star studded Lightning line up over the coming days.

Loughborough Lightning kick-start their season on home turf on Saturday 16th September as part of their Double Header event with Loughborough Students Rugby National One side. Be part of the action by heading down to campus to witness the start of their campaign.