Fara Williams, the highest capped England player of all time, has signed for Reading on a two-year deal from Arsenal. 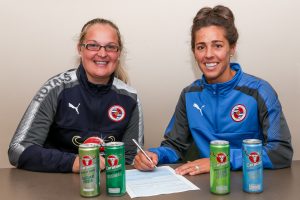 On signing for the Royals Williams said; “Last year watching the style of football, it’s an attractive style that I think suits the way I enjoy playing. Reading are a developing team and they’ve come a long way in the past few seasons in the WSL.”

Williams continued; “I’m hoping to win trophies here, I’m not here to make up numbers, and Kelly is not a manager that is satisfied finishing below the top four. The club wants to win trophies and I want to be a part of it. I knew when I finished the league last year with Arsenal that Reading was the only club that I wanted to come to. I spoke to Mary (Earps) last season and I’ve had some good conversations with her, she only spoke highly of the club”. 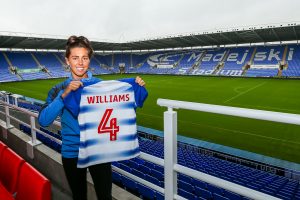 Manager Kelly Chambers commented; “signing Fara shows where the club is at now, and our ambition of where we want to go. We want to be competing with the likes of Chelsea, Arsenal and Man City at the top of the table and bringing in the likes of Fara will help us do that. We need players like Fara with experience to add to our ambition and our drive because she still has that, which is fantastic”.

The 33-year old midfielder, who has amassed a record 165 senior appearances for England, arrives at Reading with a glittering career record. The playmaker has featured for the Lionesses in four European Championships and three World Cups, while also representing Great Britain at the 2012 London Olympics. Domestically, Williams has won two FA Women’s Premier League Cups (one with Charlton and one with Everton) two FA WSL1 titles (both with Liverpool) and two Women’s FA Cups (one with Everton and one with Arsenal). Additionally, Williams was appointed a Member of the Order of the British Empire in the 2016 New Year Honours for her services to football and charity.
Report courtesy of Reading FC
Tags: Fara Williams, football, Reading FC Women