Loughborough University is today delighted to confirm that Alan Buzza will be taking up the Director of Rugby role on a permanent basis. 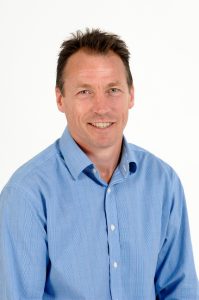 Buzza, who has been interim Director for the past three months, will move back into a full-time rugby role, having been Head of Performance Programmes for the last eight years. Prior to that, he was Director of Rugby, overseeing the men’s programme from 2001-2009.

The role has however grown significantly over the last few months, with the acquisition of a women’s Premier 15s franchise, which will play under the Loughborough Lightning brand. The elevation of the women’s programme at Loughborough will mean Loughborough Students Rugby Football Club (LSRFC) will finally have top level men’s and women’s programmes, something Buzza has been working towards for a long time.

Of his appointment, Buzza commented: “It’s an incredibly exciting time to be stepping back into the club. We’ve got a vibrant and hugely talented group of staff coming together and compelling challenges to engage with on nearly all fronts.  The unique and thrilling element to our current position is the alignment and support of both our University leadership and the RFU. If we can meet and exceed their expectations then we will truly fly.”

Performance Director Richard Wheater added: “This is undoubtedly the most exciting time in LSRFC’s history. For the first time ever we are truly one team and there is a huge opportunity for the men’s and women’s sides of the club to come together and work collaboratively for the betterment of rugby at Loughborough University. In the past few months, since our Premier 15s franchise was confirmed, I have already seen a number of great examples of this and am genuinely excited for what the future holds, under Alan’s leadership.”

Buzza has a strong rugby background, having played for Wasps, toured Canada with England in 1993, and made several England A and England 7s appearances. He is also a winning Cambridge captain and a double blue in rugby and cricket. His coaching background includes two spells with Loughborough Students and coaching Rotherham in the Championship. He is also a Loughborough University graduate.