The England Roses squad selected is as follows; 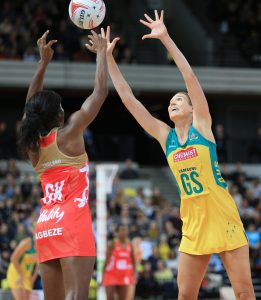 First of all the Roses head to Brisbane on Saturday 26th August when they take on the Australian Diamonds in a rematch of their classic encounter from London in January.

On that occasion the reigning Quad Series champions took the victory by one goal with England pushing them all the way. It should be a fascinating start to this edition of the tournament.

The team then heads across the Tasman Sea to take on the New Zealand Silver Ferns on Wednesday 30th August in Auckland as the Quad Series continues.

The competition comes to a close for the Roses in Invercargill when they face off against the South Africa Spar Proteas on Sunday 3rd September.

Following the Netball Quad Series, the Roses will continue their tour of New Zealand as they take on the Silver Ferns in a three-match International Series for the Taini Jamison Trophy.

The Roses will be in action on the following dates – all times are BST.