University of Bath-based Eilidh Doyle says she is ‘chuffed to bits’ after being voted by her fellow athletes as British Athletics Team Captain for next month’s London 2017 IAAF World Championships. 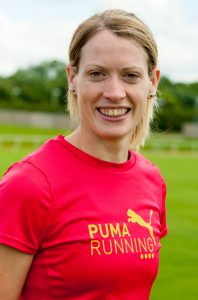 The Rio 2016 bronze-medallist, coached by Brian Doyle at the Sports Training Village, will be competing in her fifth World Championships and this year became the most decorated Scottish track and field athlete in history.

“I’m absolutely chuffed to bits,” said 400m hurdler Doyle, who has won Olympic, World, European and Commonwealth medals during the seven years she has been training in Bath.

“It’s a huge honour to have been elected by my peers as the Team Captain for British Athletics at London 2017. To lead your team at a home World Championships is truly a once in a lifetime opportunity and to have your team-mates vote that they want you to do it makes it even more special.”

Each athlete selected for the British Athletics team at the London 2017 IAAF World Athletics Championships was asked to nominate a fellow competitor from within the team, with the athlete receiving the most nominations elected as captain.

Doyle’s responsibilities as captain will include the official team press conference in London and a pre-championships speech at the team meeting, which will be attended by all athletes.

“She knows what it takes to win and that’s the type of athlete and mindset we need to lead us into a home World Championships.”

Sports Performance graduates Jack Green, who is self-coached but supported by Hillier, and Danny Talbot will also compete at the Championships, taking place from August 4-13.