Wales’ U21 netball team have won their crucial match against Caribbean side Barbados at the Netball World Youth Cup 2017 [NWYC2017], winning 47-44. 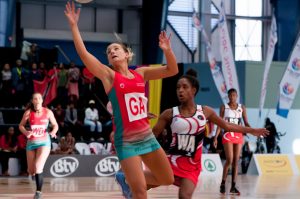 Head Coach Natalie Peperell said the squad gave it everything they had on court: “The girls knew how important this game was for us and I’m proud that they gave it absolutely everything.

“It was not an easy game and that final quarter was tough, but our athletes kept their cool and fought well to take a close win.”

Wales have now secured at least a top 14 finish and will play their final match of the tournament for the 13th or 14th placing tomorrow at 1pm (GMT) against Trinidad and Tobago. 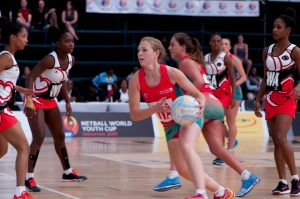 Wales have already played and lost against Trinidad and Tobago at their Pool match earlier this week.  Head Coach Peperell said the win against Barbados will give them confidence against them again:

“We have played against Trinidad and Tobago already in this competition, so we’re familiar with their style of play and feel confident about tomorrow.

“No doubt it will be another exciting game and we’ll bring Welsh class to the court once more.” 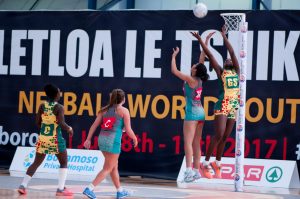 Tomorrow’s 13th-14th play-off final will be available to watch live at Welsh Netball’s Facebook and Twitter (@welshnetball).  Tune in at 1pm (GMT).

A thrilling match saw both teams fight hard to take the lead from one another, with the scoreline changing every minute switching in favour of either side.  Wales were ahead by two goals after the first quarter, until Barbados equalised early in the second.  It was a game of ‘tug of war’ throughout the rest of the match as both sides gained momentum only to be interrupted by the opposition. 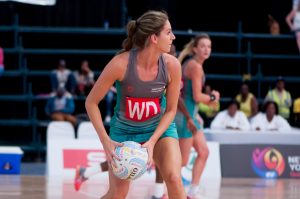 In the final quarter, Wales charged ahead with a 30-24 lead.  However, Barbados refused to take the hit and levelled the score at 30-30 with some quick goals.  Barbados found their confidence and led in the final quarter but Wales would not relent and recovered again to move 45-41 ahead. Wales held their composure and battled hard to steal the lead and the win from Barbados.  Final score: 47-44 to Wales. 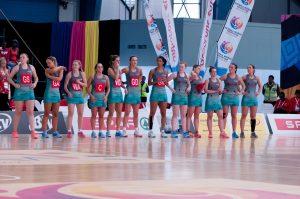 Note: Botswana is +1 hour ahead of Wales.  All match    times below at GMT: