Wales To Play Own Game Against Caribbean team Trinidad & Tobago.

Wales U21 face Trinidad and Tobago today at 3pm in their final pool match of the Netball World Youth Cup, 2017 [NWYC2017]. 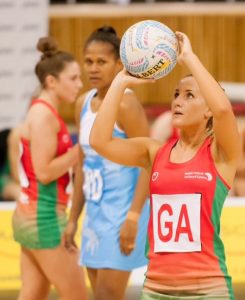 After winning yesterday’s match with an impressive 72-30 defeat over Grenada, Wales Head Coach Natalie Peperell said the team are feeling positive about their next challenge:

“We will take the positives from yesterday’s game into our final pool match against Trinidad & Tobago.

“They play a similar Caribbean style so we will stick to our own game plan and processes by using our speed and quick ball to penetrate space and get the ball to goal.”

“Bethan Johnson had a really strong performance at WA for a full 60 minutes.

“Georgia Jenkins won her second cap for Wales yesterday and gave us a stand out performance at Goal Shooter – she scored fifteen goals in 15 minutes.

“With both athletes only 17 years old, the future looks bright for these stars.”