England Hockey have confirmed that England and Great Britain Head Coach Danny Kerry has been named an MBE in the Queen’s birthday honours list, while former Chairman Philip Kimberley has been awarded an OBE, both for services to hockey. 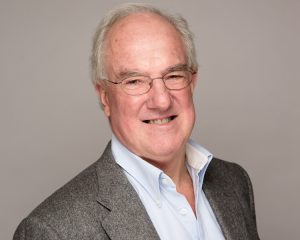 Danny is the most successful coach in the history of modern British hockey, having guided the Great Britain women’s team to an historic gold medal in Rio, and also a bronze at the London 2012 games. In addition, under his stewardship the England team won gold at the Unibet EuroHockey Championships in 2015, and silver at both the Commonwealth Games and Champions Trophy, among many other medals.

Philip acted as Chairman of England Hockey from 2002 to 2015, leading a complete rebuild of the organisation, from a position of bankruptcy to being recognised as one of the best run governing bodies in British sport. Under his stewardship, the organisation set on the road to its highest ever participation figures, was awarded the right to host major events including the 2018 Women’s World Cup, and also won medals in all of the sport’s major international tournaments, including a first Olympic medal in 20 years.

Chief Executive Sally Munday said, “I am absolutely delighted that both Philip and Danny have been recognised in this manner. Everyone at Great Britain and England Hockey is already fully aware of their contribution to the sport, and it is only right that their achievements are recognised publically.

“Philip deserves huge credit for the role he played in completely revitalising the organisation and picking it up from what can best be described as rock bottom. The Governing Body was on its knees and he set the pathway for a complete recovery, both operationally, financially and from an international performance perspective. He does not seek personal accolades and is humble in the receipt of compliments, but he is hugely deserving of his OBE.

“Danny is also hugely deserving of an MBE for his incredible contribution to the sport. Both he and his athletes captured a nation with their success on the pitch in Rio, but also with the culture he created, of inspiring the future and leaving a true legacy for the sport.

“Without these two gentlemen, hockey in this country would be completely different, and for that reason I am delighted with this news.”

Danny said, “I feel proud and humbled by this award. Importantly it’s recognition for all the brilliant people who work behind the scenes with our national teams and who do such incredible work. Thank you to the many who have supported the athletes in such a tireless, brilliant and selfless way.”

Philip commented, “I am very honoured to receive this award, and the news came as a wonderful surprise. So many people have contributed to the continued growth of England Hockey, and I was fortunate to help steer the ship at a time when it needed guidance. There are some wonderful people in the organisation, and indeed in the sport itself, which made my job so much easier, and I am forever grateful to them. It gives me great pride to see the sport thriving and long may it continue.”

In addition, we would like to congratulate Gibraltar umpire Nathan Stagno, who represented Great Britain in the Rio Olympics and has also been awarded an MBE for services to hockey.