The Western Storm have now completed their line up for the 2017 Kia Super League. 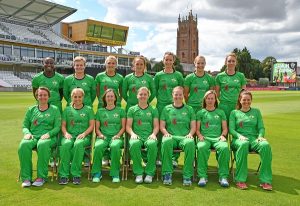 New Zealand International Holly Huddleston has this week been named as the Storm’s third overseas player.

The 29 year old bowler has featured in 18 ODIs for the White Ferns taking 28 wickets at an average of 20.32 with a best of five for 25. She has also represented her country in 10 IT20s with a best of two for nine.

Regarding the signing Western Storm Head Coach Trevor Griffin said: “We are delighted to have signed Holly for this season’s competition. She played a vital role in helping New Zealand qualify for the ICC Women’s World Cup and has the ability to genuinely swing the ball. She will really compliment the players currently in the squad and I have no doubt that she will make an impact for us this summer.”

After losing out in the Kia Super League Final to Southern Vipers last year, The Storm will be looking to go one better in 2017 and there is an instant chance for revenge as the Storm and the Vipers meet again in the opening fixture of the competition. There is also the added incentive of knowing that the match will be broadcast live on Sky Sports and BBC Radio.  The match against Loughborough Lightning on August 12th will also be shown live on Sky Sports.