Richmond have put in place plans to further cement their status as one of the best women’s teams in the country.

To support the players in their preparation and physical conditioning, the club have recruited the services of Areté Performance to manage and deliver this aspect of the programme and to ensure that they are provided with bespoke services to facilitate on field performance.

The Performance Department will be led by Ian Taplin.  Having previously worked at London Irish, he has spent the past decade working with Aviva Premiership side Wasps, where he worked alongside fellow Areté Director, Tom Farrow.  Tom is currently part of the successful England 7’s setup and has previously worked with the English Institute of Sport and GB Kayaking. 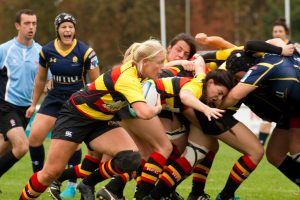 Director of Rugby Steve Hill said, “To establish ourselves in both the new Women’s Competition and the Greene King IPA Championship, we need to improve the preparation and physical condition of our squads.  We are delighted to bring in Ian and Tom to work with both our men’s and women’s sections.  They are not only at the top of their profession, but already have an insight into the set up and culture at Richmond, both having been involved at the club before.”

Alongside the recent appointment of Head Coach David Mobbs-Smith, this announcement signals a significant step change as they prepare for the first season of the newly formed RFU Women’s Competition.

Commenting on the new partnership, Areté said: “We are delighted to be involved with Richmond and can’t wait to start working with the players and coaches.  This is going to be a really challenging season for both the men and the women and that was a major part of the appeal of coming to the club.

“We have assembled a very talented team to ensure that Areté give the highest level of support to the players and put them in the best position to be successful on the pitch.”