The International Cricket Council (ICC) has revealed the full match schedule for this summer’s ICC Women’s World Cup in England and Wales, including seven matches in Taunton. 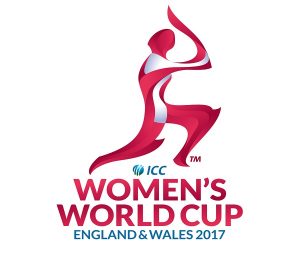 The tournament will get underway on Saturday June 24th with 28 matches being held over 21 days, and with four weekends of action over the course of the tournament there will be plenty of opportunities for fans to attend.  This round-robin competition between the world’s eight best teams will conclude with semi-finals at Bristol and Derby before the final at Lords on July 23rd.

The action at the County Ground, Taunton will begin on Monday June 26th when reigning champions Australia begin the defence of their crown against the West Indies.  England will also be in action when they take on Sri Lanka on July 2nd in front of the West Country faithful.

Taunton will stage seven fixtures in total during the competition:

As tickets went on sale yesterday David Richardson, the ICC Chief Executive, said: “I can’t think of a better moment than International Women’s Day to unveil the schedule of one of the leading global events in women’s sport.

“We are anticipating an exciting tournament and I know the players are looking forward to competing here in front of unprecedented levels of support. We’ve already sold 9000 tickets for the final at Lord’s which bodes well for the rest of the event going on sale today. I know we can always count on the British sport loving public to support big events.

“After the extremely successful qualifying tournament in Sri Lanka last month, we can already see that there will be some fiercely contested fixtures as the standard and competitiveness of women’s cricket continues to rise.

Somerset CCC CEO Guy Lavender said: “To be playing a major part in what promises to be a superb tournament is a real honour, not just for Somerset County Cricket Club but for the county as a whole.  We have long been associated with Women’s cricket and we are delighted that the County Ground will once again be playing host to the biggest and best names in the game.”

Tickets are now on sale here.

The clock is situated outside the Taunton Visitor Centre and was officially unveiled at a ceremony attended by England Women’s Internationals Fran Wilson and Beth Langston.  The mayor of Taunton, Somerset County Cricket Club CEO Guy Lavender and pupils from North Town Primary School were also in attendance.  Following the unveiling of the clock, Fran and Beth oversea a fun coaching session for the children from North Town Primary School at the County Ground.

After the unveiling the Mayor of Taunton Deane, Cllr Vivienne Stock-Williams said: “I am absolutely thrilled and proud that the Women’s World Cup is coming here this year.  This is going to be a real spectacle and the crowds will pour into Taunton to support this event.  It is inspiring the children and bringing the whole community together to take an interest in cricket.  The youngsters are really becoming interested in cricket and you see them out and about playing and practicing for hours and hours trying to get better and it seems to be the sport locally.”

England International Fran Wilson, who played through the Somerset age groups and represented Western Storm in the 2016 Kia Super League said: “This is definitely going to be something very special to be involved with this summer, especially as it’s in Taunton where I played last summer for Western Storm in front such great crowds.  The crowds for each home game made me realize just how much the people of Taunton love their cricket and that’s what I like about playing here.

“You walk into town and everybody asks about the game and it really makes you feel so welcome, so coming here to play for England will be something very special.”