Richmond FC has announced the appointment of David Mobbs-Smith as the Head Coach of Richmond’s women’s section. 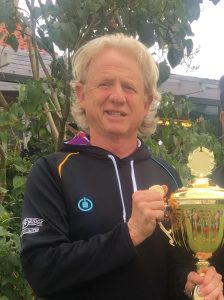 The former fly-half will lead a restructured coaching team for the forthcoming 2017/18 season, overseeing player development across the whole squad as well as acting as lead coach for the women’s 1st XV.

An RFU Level 3 Coach, David was Head Coach of London and South East Women for whom he led the skills program and the off field development of potential England players, whilst also overseeing coach and support staff.  Other positions he has fulfilled include roles at Wasps RFC and London Welsh Academy. He is also currently 1st XV Skills Coach at Hampton School.

Additionally he has a huge amount of experience of men’s elite and women’s international 7s.  As Head Coach for the Sweden Women’s 7s squad, Mobbs-Smith recently returned them to the Grand Prix a year ahead of Strategic Plan targets having been responsible for leading both the Senior and U18s programmes.

Speaking of his appointment, David Mobbs-Smith said: “I am hugely excited to be joining Richmond FC at this crucial time in their history. The women’s section has a fantastic pedigree of success, producing World Cup winners, international players and in winning League and Cup titles. I am looking forward to preparing the women for the challenges of the season ahead, whether they are new to the game or have ambitions in Super Rugby and beyond.”

As Head Coach he will lead Richmond in the newly formed Super Rugby competition, following the announcement of the club’s successful tender last month. Super Rugby replaces the Women’s Premiership structure and aims to drive professional standards in the game, both domestically and at an elite level, whilst continuing to encourage more women and girls to play the sport.

Richmond Director of Rugby, Steve Hill, said: “David will bring a wealth of knowledge and experience to the women’s section and we are delighted to appoint him now, allowing preparations for the new Super Rugby competition to begin immediately.  This is just the first exciting addition to the women’s offering at Richmond.’’