Women’s Hockey Super 6s came to a thrilling climax on Sunday with Slough eventually taking the title.  Having beaten Sutton Coldfield in their semi final Slough went on to face Canterbury in the final match which turned out to a close evenly matched encounter. Scores and round up below: 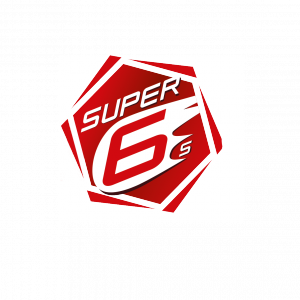 Laura Puddle’s brace for Slough inspired the Pink and Blacks to a famous win and secured their spot in the afternoon’s Super 6s final. Puddle netted twice in the first half to put Slough in command and despite a brave display from Sutton Coldfield, Kat McGonigle’s team never looked back.

Puddle struck early on and then added her second in the 18th minute. Beth Merriman pulled one back for Sutton Coldfield in the 25th minute but just a minute later Harriet Ward’s strike restored the three-goal cushion and made sure Slough held on to make it to the final.

A hat-trick of penalty corners from Grace Balsdon secured Canterbury’s spot in the Super 6s Final, despite a valiant effort from Bowdon Hightown.  Balsdon’s deadly accuracy from the top of the circle proved to be a game changer and the Canterbury defender helped herself to goals in the ninth and 17th minutes before Tina Cullen pulled one back for Bowdon Hightown. Eliza Brett notched a third for Canterbury and then Balsdon completed her hat-trick with six minutes remaining. Despite a late goal from Sally Walton, Canterbury were not to be denied and took their place in the final.

Slough captured their 14th Super 6s title and their first since 2008 with a hard-earned 2-0 win over Canterbury in the final. The Pink and Blacks struck through Dilly Newton and Georgie Whittaker to take home the title and spark glorious scenes at the end.

Slough scored early thanks to a well-taken penalty corner from Newton who found the net with unerring accuracy.

Canterbury hit back and Sarah Kerly’s mazy run and shot almost gave the crowd a wonderful goal but it flashed just wide. The Kent side continued to press and had a gilt-edged opportunity when Van Kemmel was brought down resulting in a penalty stroke. Grace Balsdon stepped up but Asha Tranquille-Day was her side’s hero, saving low to her right.

Before the break Slough doubled their lead when Whittaker seized on a loose ball, spun and slotted home making it 2-0 at the break.

Canterbury came out strongly in the second half. Balsdon had a penalty corner cleared off the line by Ash Bhogal. They began to exert pressure, building the play from the back with Balsdon dictating the tempo. Despite a couple of mazy runs from Kerly and some nice play from Nina Steikowski, the Kent side could not find a way through.

At the other end, Slough’s Charly Brydon made a brave run down the boards but her shot flashed wide of the post. With time running out Canterbury forced a penalty corner. With the ball slipped to Kerly it looked certain they’d score but Harriet Ward appeared from nowhere and made a great block. There was still time for Tranquille-Day to see off a penalty corner from Balsdon and with the clock running out Slough toasted their victory and another title.