Five Worcester Valkyries have been named in the 33-player England Women squad for the upcoming Six Nations. 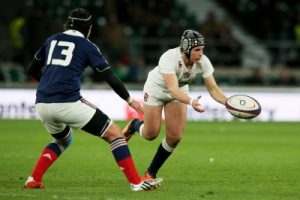 The competition, which gets underway on Saturday 4 February, will see every single England Women’s game broadcast on Sky Sports – the first time all of their Six Nations games will be broadcast on television.

The other Valkyries looking to add to their tally of caps are: Rochelle Clark, Laura Keates, Bianca Blackburn and Lydia Thompson.

England Women Head Coach Simon Middleton said: “This is a huge year and we now have a squad training full-time. Our preparation is based around a world-class programme and the Six Nations forms a key milestone ahead of the Women’s Rugby World Cup in August.

“There is strength and depth in this squad and, while we will be taking one week at a time and working to build through the tournament, our ambition is to win the Six Nations trophy.”

Both England vs France and Ireland vs England will be broadcast live on Sky Sports Mix, launched in August last year, and available free to all Sky TV customers.

Of the broadcast announcement RFU Chief Executive Ian Ritchie said: “This commitment from Sky Sports reflects what an exciting time it is for women’s rugby and the ongoing growth of the game.

“This is an excellent opportunity for any fans unable to attend games to get behind the Red Roses as they build towards the Women’s Rugby World Cup in Ireland later this year.”

In addition to the women’s matches, all three of England Under 20s home Six Nations fixtures will also be shown live on Sky Sports.