After winning gold at the Rio Olympics, Danny Kerry has named a 33-woman squad to lead England and Great Britain into the next Olympic cycle.

15 of the squad are joining the central programme for the first time, marking a significant injection of new blood to an already hugely 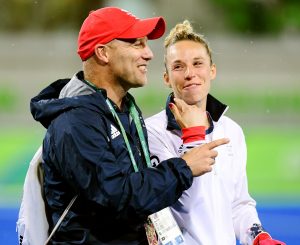 successful squad. Twelve of the 19 athletes who flew to Rio will once again strive for success under Kerry’s tutelage.

As the elite of hockey’s youth development programme, these 15 players will aim to help Kerry achieve the squad’s stated aim of Winning After Winning, and many have come through the Player Pathway to join the elite central programme. The programme at Bisham Abbey is funded by UK Sport and the National Lottery, with huge support from lead sponsors Investec, who recently extended their partnership until after the Tokyo games in 2020. 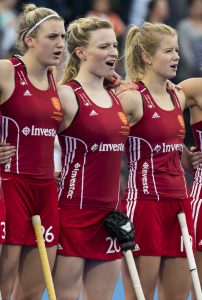 On the back of Olympic gold and with a home World Cup in London in the summer of 2018, these are very exciting times for the squad, and indeed for the sport in this country. The first opportunity for the team to shine will come on June 11th when England host the Netherlands on the Queen Elizabeth Olympic Park. In addition, the athletes’ Olympic success will be celebrated at the upcoming Super 6s at the SSE Arena, Wembley on Sunday 29th January when a number of gold medallists will meet supporters and sign autographs.

Scotland’s Cochrane and Costello enter the programme, and join compatriot Sarah Robertson in the squad. Welsh duo Thomas and Jones also join the programme for the first time.

Surbiton’s Martin joins the programme and her brother Harry is part of the men’s squad, having played in both the London and Rio Olympic games.

Head coach Danny Kerry said, “Following a number of months of assessment within our centralised 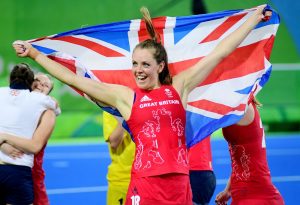 programme we have selected a new initial squad for the Tokyo cycle. We have, I feel, a good depth of skilful, committed, smart, and athletic athletes who are eager to learn, develop and build on the legacy and momentum of the Rio Olympic cycle. As part of this group we have also retained an excellent core from the previous cycle, who no doubt will play a key role in passing on the values and behaviours that drive performance whilst evolving the culture for the coming cycle.

“On a personal level I am excited about the potential that this group, allied to our excellent National Lottery funded programme at Bisham Abbey, holds. With a home World Cup for England on the Queen Elizabeth Olympic Park in 2018, and the prospect of GB defending an Olympic title in Tokyo 2020 the challenges of this cycle are as clear, significant and exciting as ever. I believe this new squad has what it takes to shine again and continue to inspire future generations to play our sport.”

Captain Kate Richardson-Walsh and 2012 Olympian Emily Maguire announced their retirements since Rio, and a number of other athletes have currently chosen to take breaks from international hockey. England Hockey would like to place on record their gratitude to all of the athletes and staff who contributed throughout the entire previous four-year cycle, they have inspired a generation and forever changed the sport in this country. With Kate Richardson-Walsh’s retirement, the squad is looking for its first new captain in 13 years, and new leaders will continue to be developed over the coming months.