Scottish Rugby will continue its commitment to taking international rugby on the road as Scotland Women and Scotland U20 pair up to make Broadwood Stadium in Cumbernauld their home for a second season – playing double-headers against Ireland, Wales and Italy respectively in the 2017 Six Nations Championships. 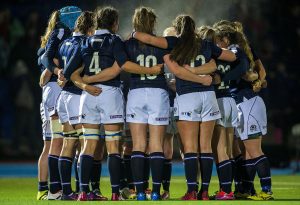 The fixtures will be held over three Friday evenings ahead of Scotland’s RBS 6 Nations home matches at BT Murrayfield, with Scotland Women kicking-off before Scotland U20.

Scotland Women will be raring to go off the back of their two Women’s Rugby World Cup qualifier matches against Spain in November, the first of which saw them play to a home crowd of 2,565 at Scotstoun Stadium.

Despite narrowly losing 5-10 and 15-10 respectively to their Spanish counterparts, Scotland Women will be focused on going one better in this year’s Women’s Six Nations.

Scotland U20 will also feel confident going into this year’s Six Nations after recording a 24-6 win over England at Broadwood in last year’s tournament. 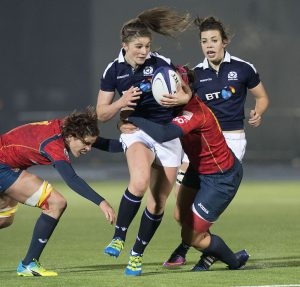 This was followed by an historic win against Australia U20 in their World Rugby U20 Championship opener last summer.

Both U20 and Scotland Women squads have made significant progress over the past year, with both teams benefiting from players being involved in the BT Sport Scottish Rugby Academy.

Sheila Begbie, Scottish Rugby’s Head of Women’s and Girls’ Rugby, said: “We were encouraged by the numbers who turned out on a cold evening to watch Scotland Women take on Spain at Scotstoun in November.

“With three home games this year, Scotland Women are focused on building on progress made last year. 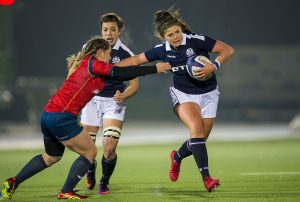 “We want to raise the profile of women’s rugby in Scotland and would love to see the stands full of supporters getting behind Scotland Women when they take on Ireland, Wales and Italy at Broadwood.”

The three double-headers at Broadwood will be the perfect warm-up for Scotland supporters before the national team take to BT Murrayfield the following day and will showcase both women’s rugby and the talent of tomorrow in Scotland.

Tickets are £10 (adult entry to both matches) with seniors, under-18s and Scotland Season Pass holders free. Tickets are available to buy now.