The latest winners of the Team Bath Athlete of the Month awards made quite the spectacle at Ellis & Killpartrick Opticians. 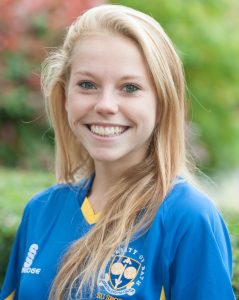 Rio 2016 Olympians Piers Gilliver and Sonny Webster collected their certificates and prizes at the store in Bath City Centre.  Tennis player Lisa Whybourn and runner Jenny Nesbitt have also been recognised for their impressive sporting achievements, with all four winners receiving a piece of REVO Eyewear.

Wheelchair fencer Gilliver – a sporting ambassador for Team Bath partners MJ Church – brought home an epee silver from the Rio Paralympics, adding to the host of World Cup and Grand Prix medals he has won since moving his training base to the University of Bath last year.

Weightlifter Webster graduated in Sports Performance during the summer, just days after being crowned as British Champion in the men’s 94kg weight category. That performance also earned Webster – supported by the Team Bath Dual Career programme during his studies – a place in the Team GB squad for Rio 2016, where he finished sixth overall in Group B. 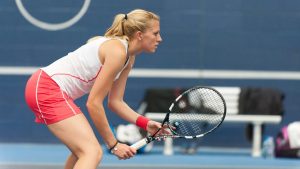 Sport & Social Sciences student Nesbitt, supported by a Trendell Sports Scholarship, won both gold and bronze on her Great Britain track debut at the European 10,000m Cup in Turkey. That came on the back of a highly-successful cross-country season where she won team silver at the World University Championships and team gold at the European Championships.

The Athlete of the Month awards are sponsored by REVO Eyewear and the presentation took place in the Ellis & Killpartrick Bath city centre store, where Team Bath athletes, students, members and staff can also receive an exclusive REVO discount.

Tyron Dawkins, UK Brand Manager for REVO, said: “It is always a pleasure to present these awards and meet the talented athletes who represent Team Bath with such great distinction. The quality of sport at the University of Bath never ceases to impress.

“REVO, Menrad Optics UK, Ellis & Killpartrick Opticians and I wish the latest winners, and all of the athletes at the University, good luck with their endeavours during 2017.”