World Rugby has unveiled the shortlists for seven top accolades, including the men’s and women’s sevens players of the year, to be presented at the World Rugby Awards 2016 dinner at the Hilton London Metropole on 13 November.

The World Rugby Awards will celebrate an historic year of rugby which saw sevens make a hugely successful debut at the Rio 2016 Olympic Games, where Australia’s women and Fiji’s men added a gold medal to their series crowns. 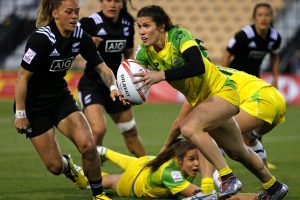 You can see videos of all shortlisted here

Osea Kolinisau led Fiji to their first ever Olympic medal in Rio and is joined on the shortlist for the World Rugby Sevens Player of the Year in association with HSBC award by France’s Virimi Vakatawa and South Africa’s Seabelo Senatla, who crossed for 66 tries in the 2015-16 series.

These three nations also provide the three nominees for the World Rugby Coach of the Year with Ben Ryan, who stepped down after leading Fiji to series and Olympic success in 2016, joined by England coach Eddie Jones and Steve Hansen, the All Blacks coach who is already a three-time recipient of this award from 2012-14.

The three players nominated for the Breakthrough Player of the Year award have all come through the World Rugby U20 Championship in recent years, with England’s 2014 winning captain Maro Itoje joined by new All Blacks Ardie Savea and Anton Lienert-Brown.

In order to be eligible for this award, won by New Zealand’s Nehe Milner-Skudder in 2015, players must have played less than one year of senior international rugby with former players George Gregan and Felipe Contepomi among the panellists selecting the shortlist.

The IRPA (International Rugby Players’ Association) Try of the Year shortlist features two tries that began deep in the scoring side’s own 22 with Jamie Heaslip’s try for Ireland in their Six Nations encounter with France and Kaito Shigeno’s effort for Japan against Scotland in June. The third, by TJ Perenara, came direct from an Argentina restart, the All Black scrum-half fielding the kick himself before the ball was spread wide and through the hands for Ben Smith to feed Perenara for the run-in. 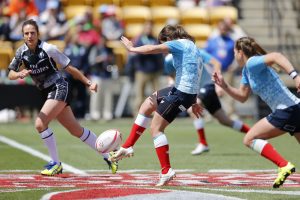 The final shortlist announced today is for the World Rugby Referee Award with Jérôme Garcès of France and Spain’s Alhambra Nievas nominated for a second year running. They are joined on the shortlist by two South Africans in Rasta Rasivhenge and Jaco Peyper.

World Rugby Chairman Bill Beaumont said: “The World Rugby Awards celebrate excellence in rugby, honouring the world’s greatest players, coaches and teams as well as those who have given so much to the sport. The past year has produced some amazing performances by all the best men’s and women’s teams, in both 15s and sevens, so voting for the 2016 awards has been especially close and hard-fought. Each person on the various shortlists thoroughly deserves their nomination.

“This has been a special year in the history of our game as sevens made its Olympic Games debut in Rio. I have no doubt that the sevens player of the year awards will be a particularly difficult one to decide, given how many world-class performers we have seen throughout the year. For me, I am looking forward to a great evening of reflection on another fantastic 12 months for rugby.”

Since its inception in 2001, the World Rugby Awards have recognised and celebrated the achievements of those involved at the highest level of the game, as well as acknowledging excellence in the areas of development and administration by those who demonstrate the values so integral to rugby.

For more information on the World Rugby Awards click here.