Loughborough Lightning are pleased to announce that England U21 defenders Rebekah Airey and Vicky Oyesola, as well as shooter Brittany Coleman, have signed for the forthcoming season. 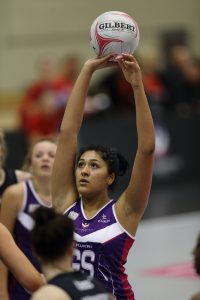 Coleman is an exciting young talent who has come through the East Midlands and Loughborough Lightning pathway and got her first taste of senior Super League netball last season. Impressing against some of the league’s toughest defenders, the young shooter proved she is not afraid to shoot from any range and is calm and collected under pressure.

Airey has been a member of the Lightning squad for the past two seasons, learning and developing alongside experienced defenders such as England Captain Ama Agbeze and ANZ import Jo Trip.  Maturing all the time, the England U21 is looking forward to stepping up to the challenge of the new league this season and challenging for a spot in the starting line-up. 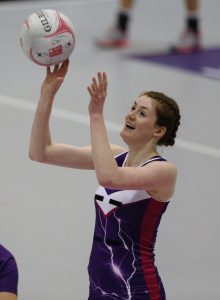 Speaking of her latest signings, Head Coach Karen Atkinson said: “I am excited about the opportunity to work with three players who are undoubtedly the future of English Netball and the Super League.  All three of them are working towards the WYNC in Botswana next summer and I believe they are ready to take on the challenge and prove themselves at Super League level.

“I am particularly excited about the progress East-Midlands player Brittany Coleman has made over the past 12 months.  She has committed whole-heartedly to the full-time programme in Loughborough, studying at Loughborough College, and the improvements have been fantastic.  Having now relocated to Loughborough, I am looking forward to seeing how much she continues to progress this season, playing with and against the best in the country, week in, week out.

“This is an exciting week for our franchise and I am looking forward to announcing more news, both on and off the court, in the next seven days.”