12-year old Daisy McGregor, a young aspiring footballer who suffers with Tourette Syndrome, is the star of a new film released today by Women’s FA Cup Sponsor SSE. Featuring alongside her father Kenny, the film explores the special relationship between the dad-and-daughter pairing, driven by the power of football. 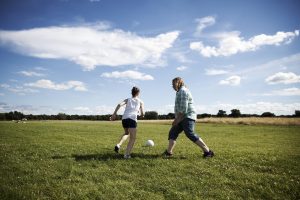 The short film is the second instalment in energy giant SSE’s three-part ‘Dads and Daughters’ series, a campaign that celebrates the inspirational father-daughter bonds that exist across all levels of the game, from grassroots to the elite.

Daisy, who hails from Peterborough in the East of England, fell in love with football at a young age thanks to time spent enjoying the game with her dad. But it wasn’t until Daisy was diagnosed with Tourette’s at the age of 6 that the pair realised the profound effect playing football would have on Daisy’s life.

Encouraged by her father Kenny, Daisy joined girls-only team Yaxley Football Club and has since found that while playing the sport, her symptoms, such as involuntary physical ticks and coughing, subside. Coupled with the friends Daisy has made and the confidence she’s taken from playing girls-only football, her venture into the sport looks set to continue for years to come. 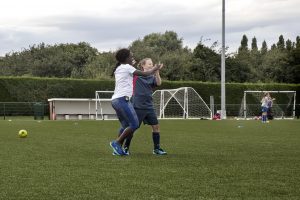 The inspirational story of Daisy and Kenny is another example of the positive effect football can have on girls growing up in the UK.

To complete the story, Daisy’s footballing hero and Chelsea striker Eni Aluko was secretly invited to surprise Daisy and her teammates at a Yaxley Girls Club training session. After creating a scene of disbelief amongst both the girls and on-looking parents, the England Lioness was on hand to join in with the session itself.

Report courtesy of SSE via Synergy.