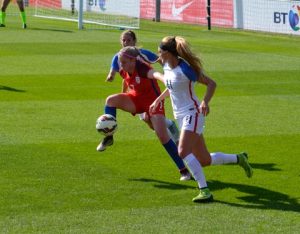 Last week England U19s played two friendly matches at against the USA – for reasons known only to themselves the FA decided they should be played before a small number of invited guests at St George’s Park.

The first match, played on Tuesday 12 July resulted in a 1-0 win for the home side, the only goal being scored by Georgia Allen.

For Thursday’s re-match Mo Marley picked a younger side, in fact several of them will be hoping to be selected for the FIFA Women’s U17s World Cup in October.

The side pulled off a 2-2 draw with the England goals coming from Georgia Stanway and Kess Elmore.  The USA’s goals were both scored by Abigail Kim. 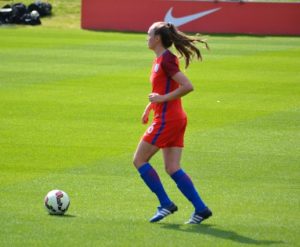 A great achievement from the youngsters.

The U17s’ World Cup campaign, begins on Saturday 1 October in Jordan.  England have been drawn in Group C with Brazil, Nigeria and North Korea.