Being fairly new to the world of Rugby League, we were delighted to be given the opportunity to find out a bit more about the GB Teachers Rugby League team, how it is comprised and how they go about assembling a team from across the country to take part in the Associations Cup. 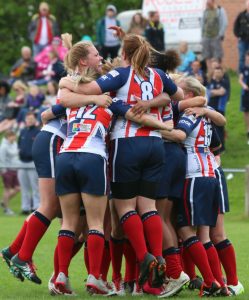 The Associations Cup, for anyone who isn’t familiar with the competition, is a tournament featuring GB Teachers, England University Students, England Lionesses and GB Armed Forces.

It was really interesting to discover that some of the players are involved in both codes of rugby even to international level. It is great to see the enthusiasm for women’s rugby league, which is, we’ve discovered a tremendous community.

Here is our interview with GB Teachers Head of Rugby, Scott Burns:

4tlos: Is there an organising committee behind each team?

Scott Burns: The Great Britain Teachers Rugby League is a very simply run organisation with myself as Head of Rugby and a Head Coach for both the Women’s and Men’s squads. Each Head coach has their own team of assistants, team managers and medical staff.

The organising of each squad and management of competitions, friendlies, tours and other issues is down to myself as head with input from coaches within the association. This year’s Women’s Coaching team are;

4tlos: That’s a very impressive coaching line up!  Are there teachers from across all levels of education or are they mostly from secondary schools? 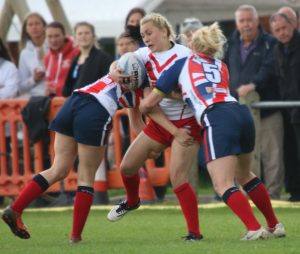 Scott Burns: This year we have had over 60 players take part in both camps prior to our Associations Cup campaigns with jobs ranging from Teaching Assistants to College and University Lecturers.

4tlos: Do the teachers come from across the UK?

Scott Burns: This year’s squad is made up from educators from all over the UK, although Lancashire and Yorkshire usually make up the bulk of our squad, we have players travelling from Cumbria, Wales, Cornwall and as far down as Loughborough and other areas in the south.  The squad is open to anyone qualified from any area of the UK.

4tlos: How do you go about selecting a squad?  And how big is the squad?

Scott Burns: At the beginning of each year the Teachers Rugby League (TRL) hold open sessions for players interested in being involved with the sport through our cup and other fixtures. A squad of around 20 players are then selected from those session to take part in the Associations Cup as the Great Britain Teachers Rugby League Women’s team. 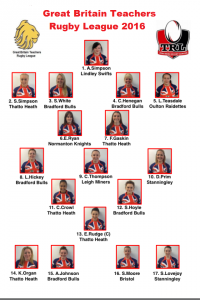 4tlos: Is the Associations Cup the only competition you play in? 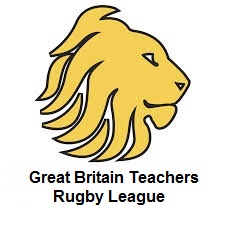 Scott Burns: At the moment the Associations Cup is the only competition that both of our squads (male and female) compete in annually. We are hoping to expand this with inclusion into the RFL Challenge Cup within the next few years.

4tlos: After starting the competition with a close fought win over England University students you next face Lionesses who had a really big win over the GB Armed Forces.  Does your preparation differ depending on who you are playing?

Scott Burns: Mark and his team will be studying the videos of the Lionesses previous game and working with the squad to work on and finalise and specific game plan that could give us an advantage in what will be a fantastic second game for us. The squad generally plays to its own strengths and we let the opposition deal with us!

4tlos: Do you get much opportunity to train together?

Scott Burns: Throughout February to July the women’s team holds a training camp once a month. This enables us to establish a strong squad, decide and work on our style of play and prepare for each cup game through the competition.

4tlos: Do any players play in both rugby codes?

Scott Burns: Around half of our women’s squad this year play Rugby Union throughout the Rugby League off season to maintain fitness with some even being selected for international honours for both codes!

4tlos: Are the players playing for a place in the GB squad which will go to Australia to play in the Festival of World Cups?

Scott Burns: Unfortunately, the GB Teachers are not involved in next year’s Festival as up until recently we are the only International Teachers Rugby League.  Teams from the Armed Forces, Police and Wheelchair squads will be playing against their counterparts in the Cup. Our GB Men’s squad will be travelling to Canada this summer to play the first ever international Teachers v Teachers games against the Canadian Teachers Rugby League.

4tlos: Is it a GB squad that competes at the World Cup or do the home nations compete?

Scott Burns: The Festival of World Cups will contain Great Britain Squads from the Armed Forces, Police, and Wheelchair with the Women’s World Cup competing with an England Women’s squad.

4tlos: Are you seeing a growth in the number of women coming through to play rugby league?

Scott Burns: Yes, most definitely. Not just the number but the quality of players we are now seeing seems to be doubling every year. This year’s GB Teachers women’s squad is one of the strongest I have seen so far in my tenure.

Women’s rugby league on a domestic scale is seeing a huge development in not only players but quality coaches both from within the game but also from other codes and sports. The Women’s game has such a huge draw for those already playing to those returning to the sport and those trying it for the first time.

This helps in all areas of the International game from the GB Teachers to all our other counterparts within the sport.

Great Britain Teachers Women and Women’s Rugby League in general is looking very healthy at the moment and does not show any signs of slowing down.

We are very grateful to Scott for taking the time to talk to us.  It is great that women’s rugby league is gaining in popularity and incredible that players are swapping codes so that they can continue to play rugby all year.

If you are interesting in going along and supporting the GB Teachers in the Associations Cup the next fixtures for them are:

If you would like to find out more about the GB Teachers or are interested in women’s rugby league in any capacity please contact Scott at: sburnsteachersrugbyleague@hotmail.com

Meanwhile, we look forward to seeing how they get on and wish them all the best in the future.  Look out for a follow up article at the end of the competition!