The first bit of history was made as Raven Chapman and Nina Hughes became the first women to contest the English title series belt in January of this year.

Now they have made history for the first Dorset boxer, of either gender, to win the National Championship. 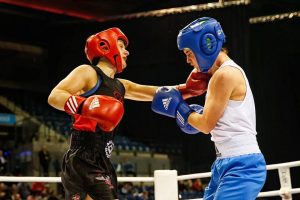 Raven Chapman did what would have been thought impossible just a couple of years ago, when she won the 2016 National England Boxing Elite Championships on Sunday, against the very game, number 3 seed, Hatty Nylon by a very hard-fought split-decision (57kg Raven Chapman (Arena) #1 beat Hatty Nylon (Hebden Bridge) #3 pts split ).

The tournament was held at the Echo Arena in Liverpool and was the toughest tournament to date with record numbers in attendance and in competition.

There has never been an Elite Champion in Dorset (male or female) so this is an outstanding achievement for a small community club such as the Arena Boxing Club and of course for Raven. 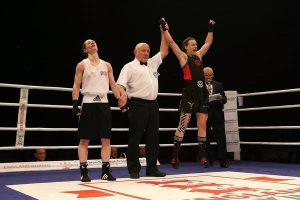 We are told that Raven has been the guiding light at the club.  This year she beat the Welsh champion at their Open Show at the Sir David English Centre in Bournemouth in April. She went on to win the England Boxing (Amateur Boxing Association of England) Novice Championships, London’s Haringay Box Cup (the largest International tournament in Europe) and now she has won the National Elite Championships.

[The National Elite is recognised as the toughest tournament in the England Boxing (ABA) calendar.]

To say the club are proud of Raven would be an understatement but Arena Boxing have told 4TLOS that Raven is a credit to the club; she is always encouraging and helping other female boxers reach their full potential alongside their terrific team of award winning coaches: Steve Clark, Les Simmons, Dwayne Clark & Hughie Dellany.

Arena Boxing are inviting people to come along to Bournemouth’s Highcliff Marriott Hotel THIS weekend (Saturday the 7th), when they will be able to see the club in action against some of the finest boxers in the country.  They will also they will be able to meet Raven and see her latest belt. The cost is £10 on the door, doors open at 7.30pm with the boxing commencing at 8pm. 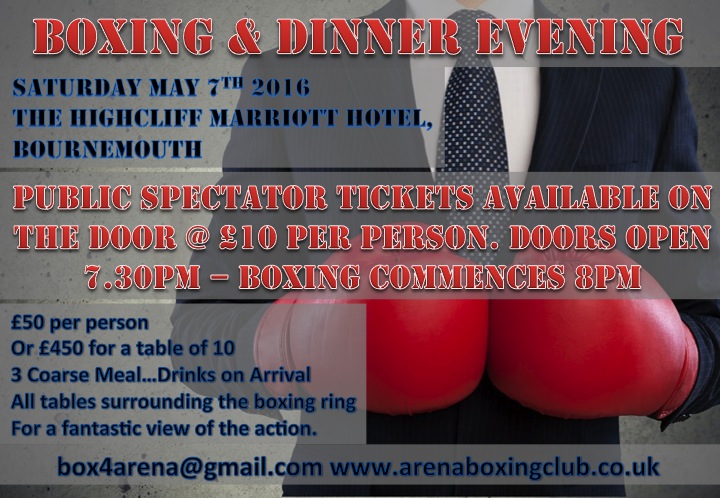 Report with thanks to Arena Boxing Club