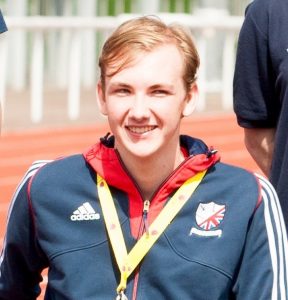 Epee bronze in Laval maintained the 21-year-old’s ranking as number one in the world and all but wrapped up qualification for Rio with just two tournaments – the European and American Championships – to go.

Gilliver, who went into his latest competition as the top seed, won all five of his poule bouts to progress directly to the last 16.

A 15-5 victory over Poland’s Rafal Ziomek set up a quarter-final against former European Champion Roman Fedyaev, which Gilliver won 15-12.

His run came to an end in the last four as he was edged out 15-12 by China’s Sun Gang, who had also beaten Gilliver when they met in last year’s World Championships final.

Gilliver, whose lead coach is Peter Rome, is next in action at the European Championships in Torino, Italy on May 17.