Team Bath Netball’s coaches and players believe there is plenty of scope for improvement in the coming weeks, despite their winning start to the 2016 Vitality Netball Superleague season continuing against Yorkshire Jets on Monday.

After their dramatic last-quarter recovery to beat defending champions Surrey Storm on Super Saturday, Team Bath – sponsored by Carter Jonas – this time led from start to finish as they recorded a 58-38 victory at the English Institute of Sport in Leeds.

Chelsea Lewis continued her fine shooting form from Saturday as some ruthless finishing helped the visitors open up a four-goal lead at the end of a tight first quarter.

They stretched that advantage to 31-21 at half-time before Lenize Potgieter came on to extend the gap to 16 during a punishing third quarter.

Both Lewis and Potgieter finished with a 95 per cent conversion rate, missing just one attempt each, as Team Bath wrapped up the points.

All 12 members of the match-day squad gained valuable court-time, including 19-year-old Alana John as she came on in the final quarter to make her Superleague debut. Amanda Varey and Sarah Penny also made their first appearances of the season. 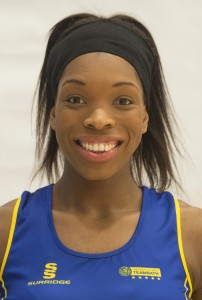 And there were further encouraging signs of strong partnerships being forged, particularly in defence where Vitality Player of the Match Eboni Beckford-Chambers and South African import Karla Mostert again impressed.

However, Head Coach Anna Stembridge was not entirely happy with the performance and said there was still much to work on ahead of the home match against Manchester Thunder on Friday, February 12 (7.45pm).

“We have to make sure we nail the basics, that’s what I’ve been disappointed in so far,” she told Sky Sports. “Our form has undulated within the quarters. We’ve had a good start and then allowed the opposition to come back into it. We have to push on in games.”

Stembridge is happy with how the new-look squad is gelling together, though, saying: “Pre-season was pretty robust so there was the opportunity to build those combinations.

“The girls have been absolutely outstanding in training too, really pushing each other on and demanding more not only from themselves but also from us [as coaches]. I’m happy with where we are at but obviously wanting more.”

That sentiment was echoed by Beckford-Chambers, who said: “I’m really proud of how the team performed tonight. Saturday was such a whirlwind for us, to come back like that in the last quarter and get the win took everyone by surprise – even ourselves – so to come here and back it up shows a real team effort.

“But it is good that we have a couple of weeks now to iron out a couple of creases before the next game.”

That match is against 2014 Superleague champions Manchester Thunder, the first chance for Team Bath fans to see their team in Superleague action at the Sports Training Village this year.

Report courtesy of the Team Bath Press Office at Matchtight.