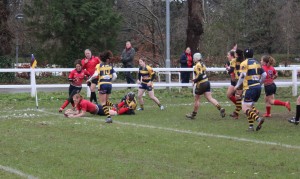 Lichfield scored first after 7 minutes when Harriet Millar Mills received the ball out wide and beat the covering defence to score in the corner, giving them a 5-0 lead. Worcester then began to see more possession and drew level after 13 minutes when Lisa Campbell broke through the Lichfield defence to score under the posts. The successful conversion gave Worcester a 7-5 lead.

Lichfield then began to show more consistency and pile the pressure on Worcester, dominating possession and taking control of the lineout. It wasn’t until the 38th minute that Lichfield regained the lead, following a quick passing move, centre Hannah Smith scored a beautifully executed try, out wide, giving Lichfield a 10-7 half time lead.

In the second half Lichfield continued to pressurise Worcester by dominating the lineout , scrum and the breakdown. They extended their lead after 50 minutes when Emily Braund won yet another lineout and after a superbly executed 25 metre driving maul was able to touch down for the third Lichfield try giving them a 15-7 lead.

Determined not to be beaten, Worcester upped their intensity and after spending time camped  in Lichfield’s 22, Courtney Gill picked and drove over to touch down after 76 minutes bringing the scoreline to 15-12. 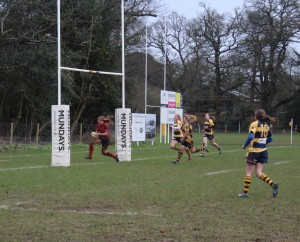 Despite the pressure, Lichfield showed their quality, retaining possession and recycling the ball continuously in the dying minutes and created one more opportunity for the outstanding Millar Mills to break through unchallenged and score under the posts on 80 minutes. Sarah Nicholas’ conversion gave Lichfield the deserved win 22-12.

Commenting on the game Head Coach Richard Bennett said  “I was delighted with our well deserved win today. It wasn’t our best performance, but in difficult conditions we kept our focus and found a way to win.

“Worcester are always strong opposition and today proved that again. We were patient, took our chances well and dominated in the lineout for the majority of the game. 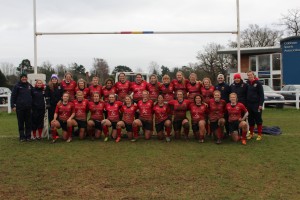 I am delighted for all of the squad that we have rightfully finished as the third best women’s team in the country, they have had a really encouraging season and we hope to continue the improvement again next season as our younger players gain experience.”