Fifteen potential Superleague stars of the future have been named in the Team Bath Netball squad for the 2016 Netball Performance League (NPL) season. 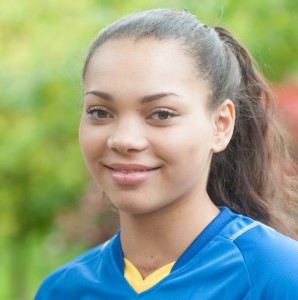 The NPL, open to players aged between 14 and 19, runs alongside the Vitality Superleague season and features all eight national franchises, as well as regional squads West Midlands Warriors and Team South.

Teams will play each other once during the league season, which starts in February and culminates in a ranking tournament running over three days.

England defender Sam Cook and University of Bath graduate Jazz Scott, who are in Team Bath Netball’s 2016 Superleague squad, both came through the NPL system.

Sport Performance student Reed, who has represented England at U17 and U19 level, was part of Team Bath’s Superleague long-squad this year and is supported by a Santander Sports Scholarship.

She is one of six members of last season’s NPL squad to be selected again in 2016, the others being Robson, Sarah Angell, Kirsty Harris, Christina Brend and Annabel Staley.

Natalie Peperell, Head Coach of the 2016 NPL squad, said: “This year we have a very exciting NPL squad full of hard-working stars of the future. Our aim is to extend the legacy of playing in the Blue and Gold dress by enjoying a very successful season.”

Robson made her debut for Team Bath’s senior team on Saturday as the Superleague squad continued their preparations for the 2016 season by taking part in a tri-tournament at Loughborough.

The Blue and Gold were narrowly beaten 44-42 by Team Northumbria but responded with a 39-36 victory over hosts Loughborough Lightning, meaning all three sides ended the day with a win and a defeat.