The England and Wales Cricket Board (ECB) has announced that 19 players from the England Women’s Performance Programme have been awarded new central contracts for the 2016-2017 period. 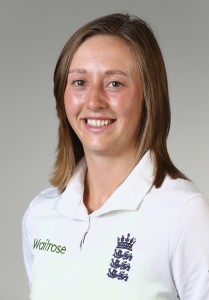 Middlesex batsman Fran Wilson is the one addition to the list of players who formed the first group of England women’s players to win central contracts in 2014.  The 2016-2017 contracts will come into effect on 1st February 2016 and will run through until 31st January 2017, in line with the ECB’s financial year.

The full list of centrally contracted England women’s players is:

ECB’s Director of England Women’s Cricket, Clare Connor, said: “We congratulate Fran Wilson on being awarded a central contract for the first time.  She scored significant runs throughout the summer and has been a dedicated member of the England Women’s Performance squad during the past 18 months.  She thoroughly deserves to be awarded a central contract.

“The women’s game continues to develop and move forward at an extraordinary pace and today’s announcement confirms professional cricket to be an attractive career choice for talented female athletes.

“Next year will be the busiest ever 12 months for England women under newly appointed Head Coach, Mark Robinson, with overseas tours to South Africa, West Indies and Sri Lanka, the ICC World Twenty20 in India, plus a home series against Pakistan.  The awarding of central contracts ensures that the squad will be as best prepared and supported as possible for each of those contests.”