An exciting blend of World Cup stars, returning favourites and talented newcomers have been named in a 19-strong Team Bath Netball long squad for the 2016 Vitality Superleague season. 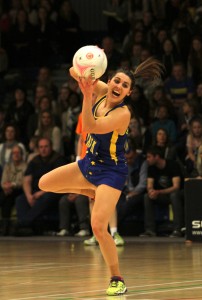 Craig, Shaw and Cook all made strong returns from injury in 2015, with the latter making her senior England debut in January and finishing runner-up in the Superleague Player of the Season Awards.

Francis and Ritchie have also played for England and boast a wealth of Superleague experience – both won the title with Team Bath in 2013 – while Scott features in the squad for a third successive season.

Jones and Brownie both return fresh from competing with distinction for Wales and Scotland respectively at this summer’s Netball World Cup in Australia.

Fan favourite Beckford-Chambers, back at Team Bath after four years in Australia, and Mostert – who recorded the most intercepts at the World Cup – will bring defensive strength and tenacity. 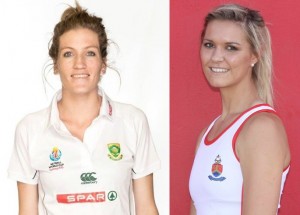 Lewis and Potgieter confirmed their status as two of the most dynamic young shooters in the game by scoring 529 World Cup goals between them.

Also in the long squad are the experienced duo of Amanda Trounce, who won the Superleague with Team Bath in 2013, and Sarah Penny, who was in the squad in 2014.

Among the young newcomers looking to impress during the next few weeks is Alana John, who helped England win gold at the 2015 Netball Europe U21 Championships earlier this month.

Also included are talented University of Bath students Sophie Carter, Nicole Humphreys, Paige Reed and Laura Rudland. All have England age-group experience and Carter was part of the Hertfordshire Mavericks squad that finished as Superleague runners-up in 2015.

Jess Thirlby, Team Bath’s Director of Netball, said: “We are eagerly anticipating the performances that this team of players are capable of putting out.

“They are not only a fantastic group of players but great people, which is lending itself to a very positive pre-season phase of training. There is a high energy within the squad and a collective passion to bring success back to the franchise this season.

“We are not only proud to have attracted some of England’s best young talent and world-class netballers but also to welcome back players from the 2015 season who show a continued loyalty and commitment to the blue and gold.

“That will prove invaluable in connecting new players to the team and this is a mix we hope our fans will be excited by.”

The final Superleague squad will be confirmed at the end of November.

The first chance to see the new-look squad in action is at the eagerly-awaited tri-tournament against Superleague champions Surrey Storm and Hertfordshire Mavericks at the University of Bath.

Taking place on Saturday, November 14, it is also the first opportunity to see top-class netball since the World Cup.

Three matches will be played on one action-packed afternoon and tickets are now on sale, priced just £10 for adults, £7 concessions and £28 for a family ticket.

Season tickets and individual match tickets for the 2016 Superleague season are also now available. You can find further details here.