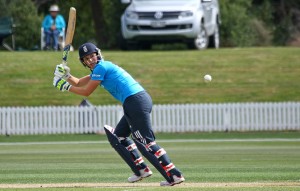 England women’s captain, Charlotte Edwards, has applauded news from the International Cricket Council (ICC) today that the ICC Board has committed to significantly increasing the prize money awarded to winners of ICC women’s events over the next eight years.  From 2016-2023, $4.4million of prize money will be distributed across six ICC global women’s tournaments, including $1million and $1.2million for the ICC Women’s World Cups in 2017 and 2021.

“Cricket continues to lead the way for women’s team sport in so many aspects,” said Edwards after hearing the news. “The ICC are fantastic supporters and drivers of this movement.  To have such a substantial increase in prize money for international women’s cricket is testament to where the game is now – it’s incredible.

“The most important thing for us as players is to win world cups and inspire the next generation to love the game, but to have this sort of additional incentive is enormous.  We are very thankful to the ICC for their ongoing support for the development of the women’s cricket.”

In the same announcement from the ICC today, it was also confirmed that the ICC Women’s World Cup to be hosted by the ECB in 2017 will be an eight team round-robin competition, with the top four sides progressing to the semi-finals, followed by the final.

Edwards added: “It’s brilliant news about the confirmed 2017 ICC Women’s World Cup structure.  The format will give everyone the chance to play more cricket, with every team guaranteed a minimum of seven matches, which will ensure a bigger and better showcase of international women’s cricket than ever before.

“We are all really looking forward to it.  Everything that we are doing at the moment is in preparation for the 2017 ICC Women’s World Cup, and I am sure that it will be a wonderful event.  We have a big 18 months ahead of us now leading into 2017, but playing in a home world cup is what every sports person dreams of, so I’d be lying if I didn’t say that we have one eye on it.” 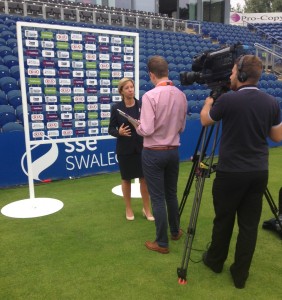 Clare Connor talks with the media

“There has been so many positive developments in international women’s cricket in recent years, but I believe the introduction of the ICC Women’s Championship has been one of best,” explained Edwards. “As a result of it, we have witnessed the standard of women’s cricket around the world rise.  There are no easy matches amongst the top eight teams now and every series we play has real context.  The fact that it is going to continue is brilliant news.”

“This is a phenomenal news story for women’s cricket.  It not only acknowledges the great strides that women’s cricket has made in the past few years but also encourages ICC Member nations to continue to invest in women’s cricket so that more women and girls are attracted towards the sport, whether as players or fans.

“With the support and patronage of the ICC Board, I have no doubt that further exciting times for women’s cricket lie ahead.”