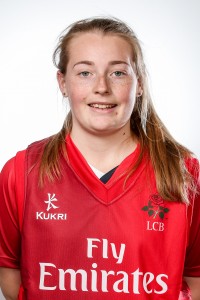 The three squads, which constitute the England women’s cricket pathway, will include Kate Cross (EWPS), Emma Lamb, Sophie Ecclestone, Ellie Threlkeld (all EWA) and Erin and Lucy Staunton-Turner (both EWDP).

Kate Cross has retained her selection in the England Women’s Performance squad and will spend some of the winter in Australia playing for Brisbane Heat in the Women’s Big Bash League.

Emma Lamb (above) was a EWA player in 2014/15 and spent the winter training at Loughborough National Cricket Performance Centre and playing in their match programme during the season. Emma also had the opportunity to travel to Sri Lanka as part of the spin and batting pre-season camp. She currently plays her cricket at Bramhall CC where she has broken into the first team and is part of the LCB Thunder squad who were T20 champions this season.

Two more additions from Lancashire to the EWA are Sophie Ecclestone and Ellie Threlkeld.  Sophie is a left arm spinner who came to Lancashire on loan for the 2015 season to gain experience in the LCB Thunder side in Division 1. Sophie plays her cricket at Alvanley CC in Cheshire where she still plays junior cricket for Cheshire U17s. 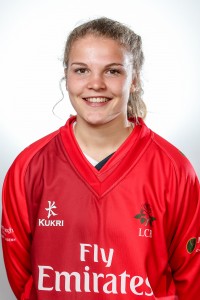 Ellie Threlkeld from Rainford CC is a wicket keeper batter who has taken big leaps forward especially with her glove-work. She was a key player for the U17s in the National Title win, taking 20 victims behind the stumps, she also provided support at the top of the order with the bat.

Jen Laycock Women & Girls CDO said: “It’s great recognition for these girls, all of whom have worked very hard on their game over the last 12 months. Emma has retained her place on the programme along with Ellie and Sophie moving from the England Women’s Development Programme U19s. The EWA programme will give these girls the best grounding for their next journey. They will have opportunity to train at the best facilities in the country, access the best coaches and support. I wish them well as they embark on the next step in their journey.”

Erin and Lucy Staunton-Turner make up the final selections into the England Women’s Development Programme (formally the EWDP U19s). Erin is a left arm seam bowler who has continued to develop pace over the last year and has improved her other skills making her a valuable all-rounder. Lucy is an off spinner/batter who has developed her spin bowling in the last two years to become a regular wicket taker. Both girls are from Ormskirk School and have led the school to National Indoor Titles earlier this year.

Bobby Denning, LCB Managing Director, added: “Our performance department philosophy is to develop players in a winning environment. Our women’s and girls’ programme continues to grow from strength to strength and the selections of these six players is testimony to this. We of course wish them well as they look to test themselves even more.”

Steve Titchard, Performance Manager, said: “To have six girls recognised at this level is a great achievement by these players. They have worked hard and have been given opportunities and experience to develop their game through our LCB Thunder side in Division 1. As a Performance Department we are working hard to support players at all levels and to see these excel in both our pathway and an ECB one is great for the future of cricket in Lancashire.”