England women secured a 2-1 victory in the NatWest International Twenty20 series against Australia today by recording a 5 wicket win in the closing contest of the seven match multi-format Women’s Ashes series. The result at the SSE SWALEC Stadium in Cardiff this morning means that the final 2015 Women’s Ashes score line is England 6 – 10 Australia. England’s 2-1 NatWest IT20 series win ended Australia’s world record run of 16 women’s IT20 victories. 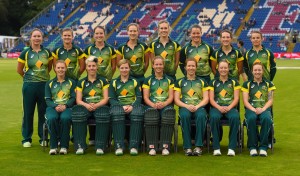 Speaking immediately after the match today, England women’s captain, Charlotte Edwards said: “I am proud of the way that we have come back out here today as a team, and shown some fight to win this NatWest IT20 series.  But there is no hiding the fact that we are all still bitterly disappointed that we have lost our grip on the Women’s Ashes.”

“We haven’t been consistent enough across the seven matches, especially as a batting unit.  But I know that this isn’t through a lack of passion or hard work.  We have worked on our skills with more intensity than ever before, but some of our execution and decision making has been poor during this series.  We simply have to front up to that and address it as we embark on our winter programme.”

“Next year is absolutely massive for us, with tours to South Africa, the West Indies and Sri Lanka, a home series against Pakistan, and the ICC World T20 in India.  We will take a lot of confidence from the way we played in Chelmsford and here today in Cardiff to that World T20 competition – we shouldn’t ignore the fact that we have just beaten the current World T20 champions and ended their unbeaten run.” 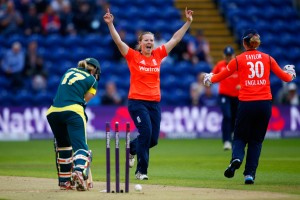 “Thank you to everyone who has come out and supported us during the series – the team has been overwhelmed by the level of encouragement that we have received.  The record crowds across all of the grounds have been fantastic, and it has always felt like we have had an extra player out there with us.  We all love playing cricket for England, and regardless of the final result, it is brilliant that this Women’s Ashes series has given us the platform to hopefully inspire, excite and encourage women and girls to love the game as much as we do.”

“Thanks also to all of our partners for their ongoing support.  Women’s cricket has been on an incredible journey over the last year or so, and the infrastructure and backing that we now get is superb.  The broadcast and media coverage throughout the series has been unprecedented, and looking ahead to the 2017 ICC Women’s World Cup in England, I hope that we can continue to build on this incredible summer for English cricket.”

Since 1934-35, England and Australia have now competed for the Women’s Ashes (in different guises) on 21 occasions, with Australia claiming eight series victories, England six, in addition to seven drawn contests.