London 2012 Olympic hockey medallist Crista Cullen, who retired after the Games, is making herself available for selection for the Great Britain Women’s squad from October 2015. 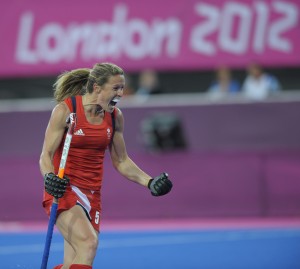 Cullen, who has 79 caps and 32 goals for Great Britain and was the top penalty corner scorer at the London 2012 Games, has been working in Kenya since 2012.  The Great Britain Women’s team has enjoyed recent success in winning the World League Semi-Final in Valencia last month, which directly qualified them for the 2016 Olympic Games in Rio de Janeiro.

Danny Kerry, Head of Coach of the Great Britain Women’s Hockey team said, “Following a conversation with Crista in May, she will be returning to the Great Britain squad at our training venue at Bisham Abbey for an extended period of assessment through October and November.  If successful in that assessment period, Crista will be offered a place within the wider squad of athletes as they continue preparations towards the Rio 2016 Olympic Games.”

Cullen added, “I am excited about the opportunity to return to international hockey and to have a chance once more to compete for a place in the Great Britain Squad.  I am well aware of the challenge ahead and the progress that the squad has made since London 2012 and I am looking forward to watching many of those players compete for England and Scotland in the forthcoming Unibet EuroHockey Championships back at Queen Elizabeth Olympic Park in London in August.”

Tickets for the Unibet EuroHockey Championships 2015 are still available with the Finals again nearing sell-out following the expansion of Lee Valley Hockey and Tennis Centre to meet demand for tickets. For more information visit www.eurohockey2015.co.uk