England women’s cricketers Charlotte Edwards, Heather Knight and Sarah Taylor have all been recognised in recent award ceremonies for their performances in the Australian Women’s National Cricket League (WNCL) and Women’s Twenty20 (WT20) Cup this winter. 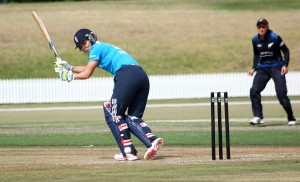 Charlotte Edwards, who recently played her 200th match as captain of the England women’s team, enjoyed a stint in charge of the WACA based Western Fury before Christmas.  The Kent batsman has been named as the Fury’s WNCL Player of the Year, WT20 Player of the Year, in addition to winning the Zoe Goss medal – awarded to the outstanding female cricketer in Western Australia. 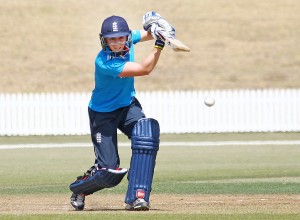 Knight’s performances across both competitions helped Tasmanian Roar to produce their best ever season on the field, particularly in the WT20, where the top-order batsman scored 419 runs at an average of nearly 60 to help secure a fourth place finish.  Knight also averaged over 40 in the WNCL with a highest score of 78 in the five matches that she was available to play for the Roar. 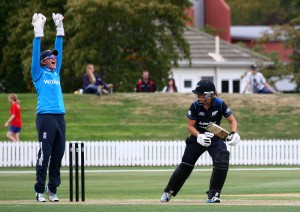 England women’s wicket-keeper batsman Sarah Taylor has won the Andrea McCauley Trophy after being named as the South Australian Scorpions Player of the Year for 2014-2015.

Taylor played for the Scorpions throughout their WNCL and WT20 Cup campaigns, and had an important role in the side qualifying for the WNCL final for the first time since 2007-2008.  Across the two competitions she hit 438 runs, in addition to taking four catches and nine stumpings.

Upon finding out that she had won the award, England women’s wicket-keeper batsman Sarah Taylor said: “I am absolutely delighted to have been named as the Scorpions Player of the Year and to have won the Andrea McCauley Trophy.  I loved my time with the team this winter – they are a fantastic group and I enjoyed every moment.  Thank you so much to everyone at the South Australian Cricket Association who looked after me so well over the four months.”

“Australia are one of the best international women’s teams in the world and the standard of their state cricket competitions are also very strong.  Playing for South Australia this winter gave me the perfect opportunity to further develop my cricket skills in a new and challenging environment, and to gain more experience of playing in different overseas conditions.”

Former Australian and South Australian cricketer and Head Coach of the South Australian Scorpions, Andrea McCauley, said: “Having a player of Sarah’s calibre in and around the squad generated an extra level of confidence this season.  Her innings (81 off 51 balls) against ACT Meteors in the WT20 was the most amazing display of batting by a woman that I have ever witnessed; she has a way of making batting and wicket-keeping look effortless.”

The WNCL and WT20 involve seven Australian state teams that play each other in six rounds of matches from October to February.  Since the inaugural WNCL competition in 1996-1997, New South Wales Breakers have won a record 17 titles, with Victorian Spirit the only other team to be crowned champions, having triumphed in 2002-2003 and 2004-2005.  The WT20 was introduced in 2008-2009, and New South Wales Breakers are also the current holders of the WT20 Cup.