Reading FC Women continued their promising start to the season with their second successive away win. After an opening game 4-2 victory away at Yeovil Town, the Royals continued their campaign by thumping seven past London Bees at the Hive. 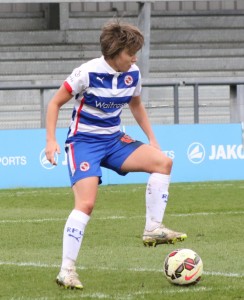 Fran Kirby continued her purple patch grabbing another five goals to add to her four from the Yeovil match and putting her well on track to retain her Golden Boot from last season.

In between Kirby’s goals came a penalty which was calmly despatched by Captain Lauren Bruton and a second half strike from Bonnie Horwood.

The Royals will be equally impressed with the clean sheet at the other end, with Grace Moloney and her back line restricting the Bees attack.

Reading really should have had more goals with chances falling to Bragg, Follis, Rowe & Ward, but Harris in the Bees goal was a match to their efforts and despite what the scoreline might suggest, had a good game in goal. 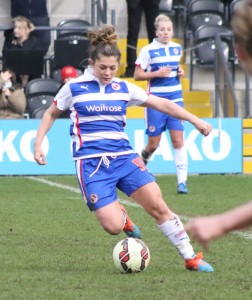 Match report and photos courtesy of Nigel Hoyle of Goalshots